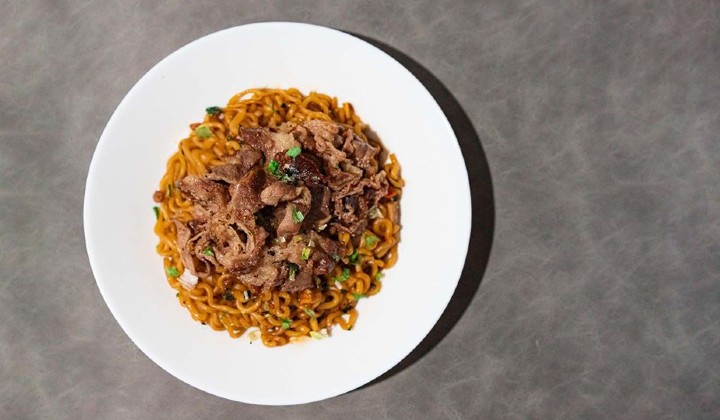 Certain upscale eateries in Malaysia are selling the hit noodle dish that was featured in Oscar-winning Korean film Parasite.

Parasite’s entire premise as a movie talks about socioeconomic class struggles, highlighting the stark difference between the lives of rich and poor people.

This is accentuated by an instant noodle dish that is served in the movie, ram-don topped with premium sirloin steak.

What we know as ram-don is actually the common Korean dish jjapaguri. The term “ram-don” was coined in the Parasite film’s English subtitles so that non-Korean audiences would be able to relate to the dish better.

In a Malaysian context, it’s kind of like mixing a packet of Maggi Kari with Indomie Goreng. Then add an expensive strip of highest grade wagyu beef on top.

And now the irony is that the hype of selling you a bowl of cheap instant noodles with expensive meats has reached Malaysian shores.

Local upscale restaurant Ben’s is selling their version of steak ram-don for RM38. It’s made true to recipe from the movie, using a mix of Chapaghetti and Neoguri noodles.

But does the ram-don fulfill its destiny of driving discussion around the socioeconomic conflicts our own Malaysians face?