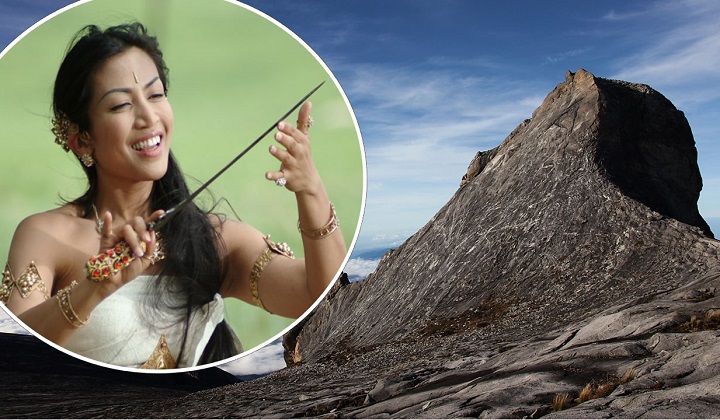 In case you didnâ€™t know, thereâ€™s such a thing as International Mountain Day thatâ€™s celebrated on 11th December every year.

While weâ€™re as surprised as you are, we figured this would be a great time to dive into the mysterious and legendary mountains of Malaysia â€“ which are far more fascinating than we ever realised!

As legend has it, a Chinese prince was cast away to Borneo when his ship sank in the middle of the South China Sea. He was then rescued by natives in a nearby village. As he recovered, he was slowly accepted into the village and fell in love with a local woman.

The couple soon married and started a family. However, as the years passed by, the prince started to feel homesick. He promised his wife that he would return as soon as he was done with family duties in his homeland and bring her and their children back to China.

The princeâ€™s return was celebrated but the news of his Borneon wife and children was not. They told him that he was already betrothed to a princess of a neighbouring kingdom and so, he stayed in China with a heavy heart out of respect for his parents.

Meanwhile, in Borneo, his wife grew increasingly anxious. As the village was situated away from the coast, she couldnâ€™t afford to come to the shore and wait for him daily. Instead, she climbed to the top of the highest mountain near her village to see the ships sailing in the South China Sea.

Eventually, she grew old and died at the top of the cold mountain while waiting for her husband. The spirit of the mountain who was watching her all these years was extremely touched by her loyalty towards her husband and turned her into stone. Her face was made to face the South China Sea, so that she could wait for husbandâ€™s return forever.

The local villagers were extremely touched by this and decided to name the mountain â€œKinabaluâ€ in her remembrance â€“ making the mountain a symbol of everlasting love and loyalty.

Mount Ophir, or locally known as Gunung Ledang, is a mountain located in the Tangka District (formerly part of Muar) of Johor. The name Gunung Ledang came about during the Majapahit empire, which means â€˜mount from afarâ€™.

The popular story associated with Gunung Ledang is the tale of Puteri Gunung Ledang known to be a beautiful djinn who resides on top of the mountain.

As a djinn, Puteri Gunung Ledang cannot be seen by other human beings. Only certain traditional medicine men and people who took on the journey up to the forest can see and talk to djinns.

One day, the Sultan of Malacca â€“ Sultan Mahmud Shah heard of her beauty and wanted to marry the legendary beauty. However, Puteri Gunung Ledang set seven impossible conditions to test of the Sultanâ€™s love for her:

Some sources say that she knew that the conditions were impossible to achieve, as the last decision required the Sultan to kill his one and only child.

Some say the Sultan was able to fulfill all of the requests except for the final one, while others say he succeeded. The moral of the story is that the Sultan was too proud to realise that the conditions were the princessâ€™ subtle way of turning him down.

Located within the Taman Negara National Forest in Pahang, the mountain has much to offer in terms of nature with its exotic flora and fauna.

The first successful summit was recorded in 1899 by a member of the Cambridge Scientific Expedition. He was initially thought to be missing for several days. Fortunately, he returned although he fell severely ill.

Just like Gunung Ledang, Gunung Tahan actually has its very own mythical story as well!

Raja Mambang Segara, a celestial king who dwelled in Gunung Tahan heard about the beautiful Puteri Walinong Sari. To see her for himself, he turned into a pigeon and flew into the palace and immediately fell in love.

He then transformed himself into an ugly young man and challenged the princess into a battle of silat which lasted for 3 days and 3 nights.

It was known that Puteri Walinong Sari never lost in a battle of silat, but for the first time ever, she thought that this might be the end of her winning streak. In exasperation, she took her veil off, exposing her beautiful face.

Raja Mambang Segara was stunned and fainted from her beauty, and his true face was revealed. The sight of his real face made Puteri Walinong Sari fall for him too, but he disappeared.

One night, Puteri Walinong Sari dreamt of a a wise man who told her that Raja Mambang Segara was the celestial king of Gunung Tahan. After she awoke the next day, she disappeared from the palace to look for her beloved, never to be seen again.

P.S. You might also remember your Form 5 novel called Putera Gunung Tahan which was a satirical novel that criticised the British colonisers.

Gunung Santubong is significant in Sarawak history as the birthplace of the Sarawak Law in 1855. As British naturalist Alfred Russel Wallace stayed at Santubong while writing the paper which can be considered significant to the biological theory of evolution.

Just like every other mountain in Malaysia, Gunung Santubong has a tale to share as well. This time, an old myth of two rival princesses named Puteri Santubong and Puteri Sejinjang who were sent down from the heavens to settle a rivalry between Kampung Pasir Kuning and Kampung Pasir Putih.

The princesses were sworn not to fight between themselves, otherwise they would be stuck on earth for all eternity. Puteri Santubong was skilled in sewing and weaving, and so she passed down theses skills to the people of Kampung Pasir Kuning. As the villagers started learning and producing beautiful clothes, word went out to other villages, including a trader named Putera Serapi.

Conflict arose as both princesses started to have feelings for Putera Serapi and broke the pledge they made and a battle between the two began.

Though techinally not a mountain, Bukit Broga has a pretty interesting tale as well. Its also known as Bukit Lalang after the abundant species of cogon grass (aka lalang)  that grows there in Semenyih. It sits on the border of Negeri Sembilan and Selangor.

Broga takes its name from the nearby Broga river and it is believed that the word Broga is derived from the Buragas â€“ a mythical beast that lives in the forest.

Over the years, news of missing people in Bukit Broga has been rumoured to be doing of orang bunian who reside on Bukit Broga.

Orang bunian are supernatural beings in Malaysian folklore who are invisible to most humans except to those with spiritual sight.

Orang bunian, literally means â€œhidden peopleâ€ or â€œwhistling peopleâ€. Many say their appearance are similar to humans in ancient Southeast Asia and are described to be extremely beautiful.

These supernatural beings usually inhabit deep forests or high mountains, far away from human civilisation. It is believed that they live in an alternate dimension of reality, but like this world, they too have families and their own social structure.

Mediums or bomohs are able to interact with them but they are not spirits that one can manipulate like toyol or jinn (goblins).

There you have it,the fascinating stories behind some of Malaysiaâ€™s most famous mountains.

So the next time you take a hike up to the heavens, who knows, you might meet some interesting creatures, supernatural or otherwise!