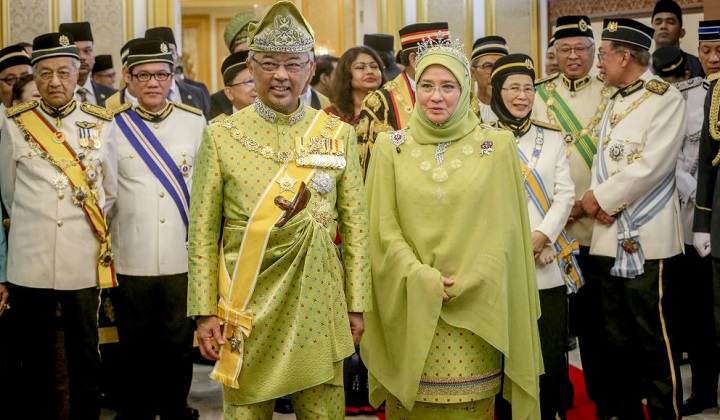 Every time a major event in Malaysian politics or royalty happens, we see many people rushing to crack open their Form 6 Pengajian Am (General Studies) notes or call up their lawyer friends to ask whatâ€™s up.

One example was the time when Sultan Muhammad V of Kelantan resigned from his position as the Yang di-Pertuan Agong in January 2019, a first in the nation’s history.

Another is the political drama of February 2020 when the Prime Minister resigned and all eyes turned to YDPA Al-Sultan Abdullah Riâ€™ayatuddin Al-Mustafa Billah Shah as he took the time to interview every single Member of Parliament to decide the who’ll be the next PM.

While Malaysians generally know that the role of the Agong rotates amongst rulers every 5 years, not many may be aware of other aspects of the role and its long history.

When the role of the YDPA was recommended into the Malayan constitution by the Reid Commission, the Conference of Rulers had a choice to name the â€œKing of Malaysiaâ€ as Yang di-Pertuan Agong or Yang di-Pertuan Besar.

The term Yang di-Pertuan Agong was selected, which translates to â€œHe Who is Made Supreme Lordâ€.

2. Only rulers of 9 states are eligible to be Agong

This is due to the establishment of the Conference of Rulers which consists of the rulers of Malay states prior to independence.

3. The cycle of rotation was initially established based on seniority

When the office was established in 1957, the order of seniority of the rulers was based on the length of their reigns on the state thrones.

The established cycle of rotation is:

The Yang di-Pertuan Agong will not be re-elected until after all the other states had taken their turns.

As mentioned before, the cycle of rotation was established based on seniority (length of reign) of the rulers.

Based on this criteria, Major-Jeneral Sultan Ibrahim ibni Sultan Abu Bakar of Johor, who was appointed Sultan of Johor in 1895 was the longest serving sultan in Malaya during 1957.

But he declined due to his advanced age (84 years old).

Next in line was Sultan Sir Abu Bakar Riayatuddin Al-Muadzam Shah ibni Almarhum Sultan Abdullah Al-Mutassim Billah Shah of Pahang who had begun his rule in 1932.

However, he did not secure the necessary votes in the Conference of Rulers, so the honour went to Tuanku Abdul Rahman ibni Almarhum Tuanku Muhammad of Negeri Sembilan who had ascended to his throne in 1933.

His Majesty was then appointed as the first Yang di-Pertuan Agong of then Federation of Malaya, and forever immortalised on our Ringgit notes.

The Tengkolok Diraja has graced the heads of wellâ€¦ the Heads of Malaysia since 1957. The only exception was during the reign of the Sultan of Johor as their royal regalia differs from traditional Malay clothing.

While the tengkolok is a traditional fixture for most of the Malay royalties, this particular headdress is folded, or solek, in a special design called â€œDendam Tak Sudahâ€ which originates from Negeri Sembilan.

Made with songket fabric, the Tengkolok Diraja is embellished with a sparkling new moon and 14-point star made of white gold. In the middle of the star is the colourful emblem of the Government of Malaysia.

There you have it, folks! TRPâ€™s 5 royal facts about the Agong institution you should know.