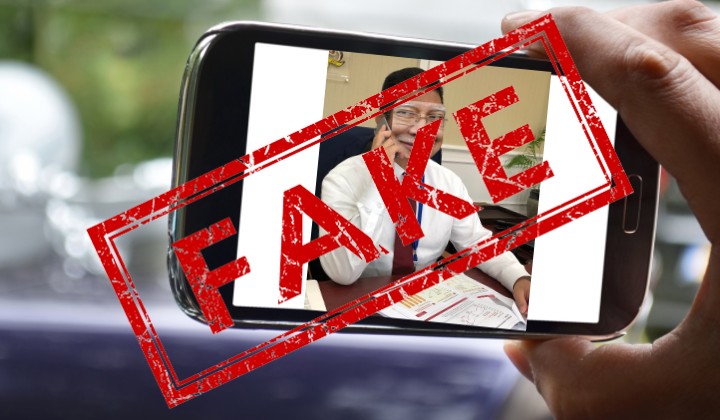 With the rapid advancement of technology, videos getting incredibly harder to distinguish as real or fake.

In fact, just two weeks back an artist created an incredibly realistic deepfake video of Mark Zuckerberg, which went viral for its eerily accurate portrayal of Facebook’s founder.

If youâ€™re unaware, deepfakes are videos that feature
realistic face-swaps. A computer programme identifies key points on two faces and
swaps one over the other. Itâ€™s basically a more advanced version of the Snapchat
filters.

On the local front, recent events has also sparked an interest on deepfakes amongst Malaysians.

With so much confusion around, we just want to know; “How can I tell if any of the videos from WhatsApp groups is real?”

Here’s what we found out:

Research by the University at Albany found that deepfakes blinked less often than actual humans recordings.

This is because the AI creates the deepfakes based on photographic
images which often feature people with their eyes open rather than closed.

However, the scientists cautioned that sophisticated forgers
can still create realistic blinking effects in post-processing and with more
training data.

2. Blurring at the edge of the face

If you can spot blurring only on the face but nowhere else in the video, then thereâ€™s a high chance itâ€™s fake.

Other things to look out on the face include sudden skin tone change on the edge of the face and double chins, eyebrows and edges on the face.

When the AI fails to create proper faces, flickering occurs.
It also happens when the face is partially blocked, eg by a hand or other objects.

You can see it happening in the video below:

Now that you’ve got some pretty important clues in detecting a deepfake, try putting it to the test with this video: