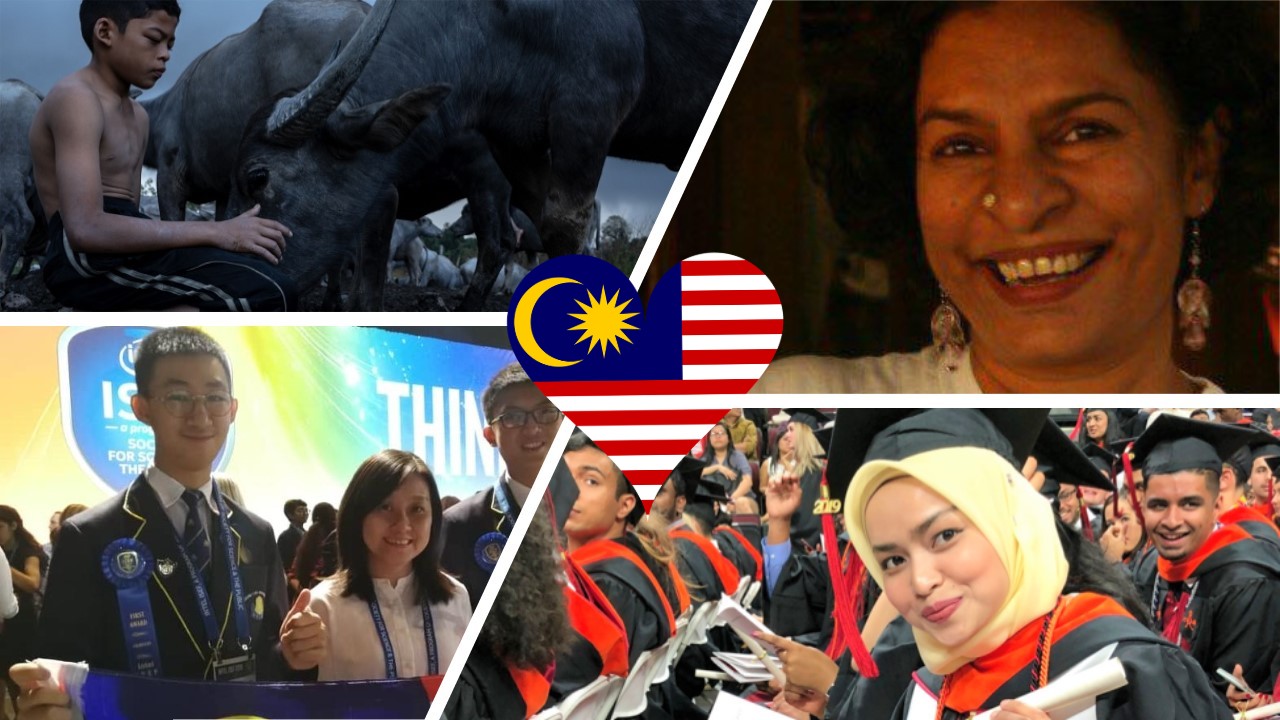 Have you noticed that 2019 has been a pretty good year for Malaysia? Weâ€™ve been flooded with news of accomplishments by Malaysians in the global arena and weâ€™re absolutely delighted!

Come meet the fine folks whoâ€™ve been doing us proud in 2019:

Behind her sweet smile is a brilliant brain that earned her the distinction as the top student in her graduating class at Rutgers, The State University of New Jersey in the US.

She also received the Samuel Welkowitz Award and is listed in the Matthew Leydt Society with the highest achievement in the top 10 universities in New Jersey.

The students from SMJK Chung Ling, Penang nabbed the first prize at the Intel International Science and Engineering Fair 2019 (Intel ISEF) in the United States, earning them rare opportunity to have their name up in the heavens.

With their prize-winning project on tackling Aedes mosquito larvae using cinnamon
extract, the Form 5 students will have an asteroid named after them and $3,000
(RM12,589) in cash.

Intel ISEF, which took place from 11 to 18 May 2019, welcomes more than 1,500 students from all over the world to compete in the fair for scholarships, tuition grants, internships, scientific field trips and grand prizes.

Read more about them here: 2 Penang boys have carved their names in space

The gamer boys of Team Unicorn proved that Malaysians are growing in eSports when they won the 3rd place at the Dota 2 APAC Finals of the World Cyber Games 2019.

Besides international bragging rights, the Dota2 team is also looking to represent Team Malaysia in the SEA Games 2019 happening this November in the Philippines.

With the poignant tale of a motherâ€™s jealousy in My Mother Pattu, Saras Manickam proved she’s got the write stuff when declared the Asia regional winner in the 2019 Commonwealth Short Story Prize.

The story writing competition takes place every year, looking for the best piece of unpublished short fiction from the Commonwealth.

Saras, who was shortlisted with two other Malaysian writers, beat out 21 other entries was reportedly humbled and delighted by the win.

â€œI am delighted, honoured and at the same time, petrified as darn it â€” the bar for my stories has now been raised higher among friends, teachers and the few readers.â€

Not only will Sarasâ€™ work be published in an international literary magazine, she also receives a nice Â£2,500 (RM13,500) in cash!

Do you remember the pictures of the Kampung Boy that went viral earlier this year?

The stunning shots of 14-year-old Mohd Syukor Khamis playing with buffaloes in Terengganu first made waves when it won an award in the Images of Asia competition run by Singapore-based magazine Asian Geographic.

Taken by Malaysian photographer Mohd Nazri Sulaiman, the picture earned him the title of Street/People Photographer of the Year.

But the magic of Syukor didnâ€™t stop there. His pictures taken by Nur Hidayati Abd. Rahim earned her a spot in the shortlist of the prestigious 2019 Sony World Photography Awards as well!

That’s it for now. It’s only been half a year, but looks like Malaysia has racked up some pretty amazing achievements.

Let’s see what the rest of 2019 has in store for us. We’re pretty confident because Malaysia Boleh!

Did we miss anyone? Let us know on social media and (maybe) we’ll update this list or include them in the next one.