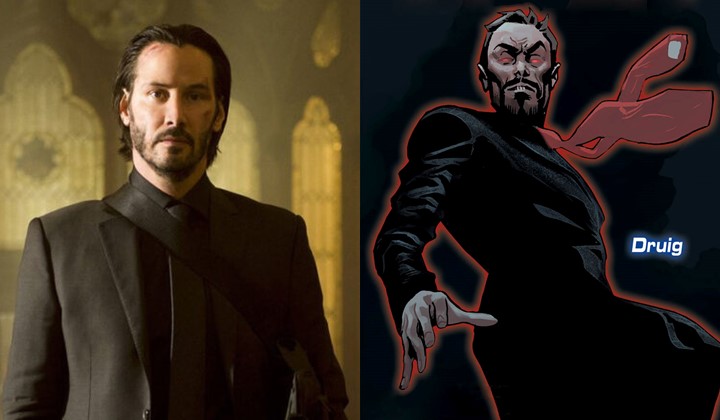 Keanu Reeves may finally join the MCU, and everyone is losing their minds.

Disney is reportedly courting him for the character of Druig, the main villain role, in The Eternals, in the next phase of Marvel movies.

We would definitely, definitely watch it all if this happened!

🎬John Wick: Chapter 3 â€“ Parabellum raises the bar beyond expectations – by @BallStateDaily
“The biggest strength of the film and the series as a whole are the #action scenes . They are brilliant and are fun to watch…”#JohnWick3 #KeanuReeveshttps://t.co/K0VJwHZ3Ir

His latest cameo in the Netflix movie Always Be My Maybe also has the Twittersphere abuzz, with many hailing it as the best part of the movie.

Always Be My Maybe’ Is A Netflix Charmer With A Keanu Cameo We Must Discuss. Another undeniably charming supporting piece of the film is the cameo of Keanu Reeves. His appearance alone makes the movie legend. It’s an all-time great cameo. https://t.co/CZBbOrnyYP‘ pic.twitter.com/W2cLuQJLd5

Keanu Reevesâ€™ Always Be My Maybe role has everyone obsessing: Hereâ€™s why. Reeves, enters the film much like one might imagine he walks the actual Earth: In slow motion, with every living soul taking notice & launching invisible heart eyes in his direction .https://t.co/1T616ZXluN pic.twitter.com/sKCPZ6lL5R

He was once Marvel Studio’s top choice to play Yon-Rogg opposite Brie Larson in Captain Marvel. However, due to scheduling conflicts with John Wick 3: Parabellum, he had to drop out of the role.

Fortunately for the rest of us, this just means that there’s a high chance he will be in future MCU movies!