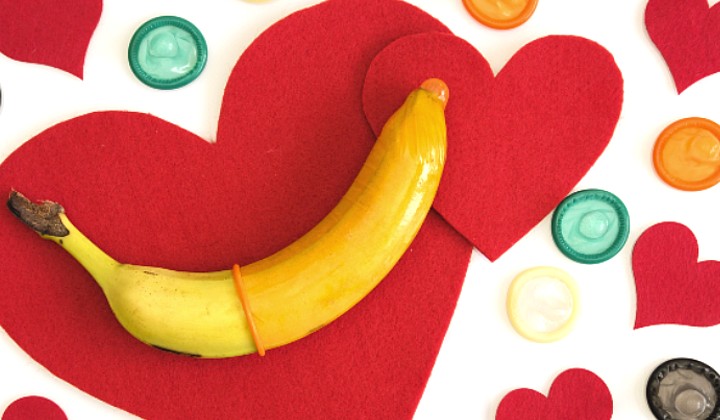 The hardest part of sex isn’t the most obvious pun we’re trying to make, it’s practicing sexual health. And by sexual health, we mean condoms.

In fact, the 5th Malaysian Population and Family Survey by LPPKN found that only one third (or 35.1%) of sexually active adolescents have used contraceptives. A Durex survey also found that 25% of Malaysian youth believed that protection is not necessary as long as there’s mutual trust between partners.

But P’sang, a Malaysian startup, is trying to fix that with ‘Asian Sized’ condoms!

Curious about their cheeky name and interesting package design, we decided to have a chat with the co-founder and COO of P’sang, Jenson Goh to learn the ins and outs of their business.

Besides a name inspired by the phallic fruit, P’sang’s calling card is their claim to being the first buttercup condom in Malaysia.

No, their products are not butter-flavoured (it’s banana, strawberry and bubblegum) but they are inspired by butter’s packaging.

Condom market in Malaysia is so boring in terms of packaging.
Big brands are too big to innovate, so we spent 13 months for research and development to craft a real fun and innovative condom for the market “ The First Buttercup Condom in Malaysia.

The biggest problem of wearing a condom, P’sang realised, is opening the package when getting down to business, especially in the dark. With one’s hands, um, occupied, it’s hard to distinguish which side is correct to unroll and put on.

So, in comes this buttercup package where it’s easier to peel the condom out the right side up, even with one hand.

But why does it matter to wear the condom on the right side?

It’s got everything to do with the very purpose of wearing one in the first place: to prevent pregnancies and protection from sexually transmitted infections (STIs).

The US Centre of Disease Control instructs that if you accidentally put on a condom inside-out, throw it away and get a new one.

An inside out condom isn’t secure enough as there is risk of air pockets developing inside which can expand during friction and cause the condom to break. Besides that, wearing a condom that had been put on inside out and then flipped over can increase the risk of transmitting STIs, especially if there is contact with genital fluids.

This is important to note because Malaysia Health Ministry 2018 HIV/AIDS progress report points out that the main cause of HIV infection is shifting from drug injection to sexual transmission since 2011.

It’s been a long running joke that Asian men don’t measure up to their global counterparts.

While shaming someone for the size of their manhood is ridiculous, data does point that the average penis size of an Asian male is not the same as Western males.

The global average is around 5 inches, while the Malaysian manhood stands around at 4.5 inches.

However, it should be noted that a 2013 British study found that this anxiety or “penis shame” actually doesn’t correlate to whether you’re large or small.

To counter the unwarranted shame on this touchy issue, P’sang is on a mission to provide the most comfortable condom for young adults in Southeast Asia, which is marked by their Asian Fit condom.

It’s all about safe sex and family planning. We spent a lot of resources and time on R&D just to make buying condoms not an embarrassment, more fun, easy to use, in order to promote safe sex and prevention of STD transmission. Personalisation is one of our brand motto. Wear it right is the most important – just like choosing the right jeans fit.

Jenson also mentions that 49mm nominal width sells well in Malaysia, which corelates to their research that indicate this width perfect for the average Asian.

P’sang is also sold exclusively online, so users can take their time to choose the right specifications instead of determinedly avoiding eye contact with the cashier at a store.

The very nature of P’sang’s online business model is probably the most important step in the condom start-up making sex great again in Malaysia.

Their social media accounts are riddled with tounge-in-cheek jokes and puns, which frankly go a long way in diffusing the awkwardness around sexual health.

We found out that nowadays we talk a lot about sex education to youngsters, but the condom available in the market is not youngster-friendly. We just want to show everyone that sexual wellness can be fun!

If you like this story, don’t forget to check out our article on why we keep getting nasi lemak, rendang and durian flavoured condoms HERE.