As far as we’ve checked, no one can confirm who the makcik was. 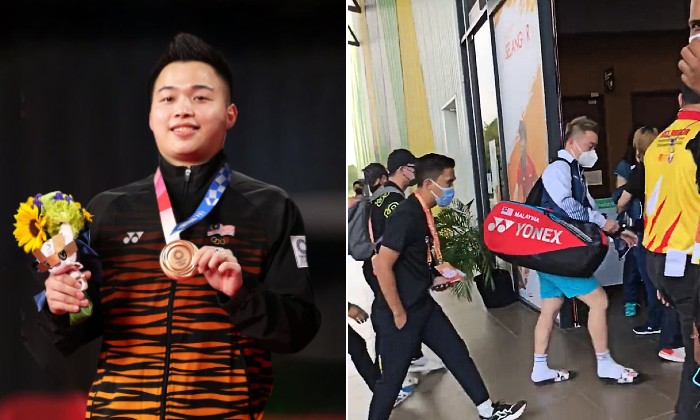 So this one “Makcik” received a solid smash from both Malaysians and Indonesians online for making offensive remarks towards local badminton player Aaron Chia.

A 13-second viral video captured the scene when an unidentified woman in a crowd of fans yelled out “Jelek gendut hidup lagi kau,” in an Indonesian accent, which roughly translates to mean “Ugly, fat, you’re still alive”.

The remarks were believed to have been made towards Aaron as he and other national badminton players arrived at the recent Badminton Asia Team Championship (BATC) 2022 at Setia City Convention Centre in Shah Alam on Sunday (20 February).

The comment surely left a sour taste in people’s mouths and sent netizens on a hunt to find the bad mothing makcik. But as far as we’ve checked, no one can really confirm who the person was.

Some claim that the comments were thrown by a woman dressed in a Harimau Malaysia jersey. Meanwhile, others were convinced that the unkind words were supposedly said by an Indonesian woman wearing a red facemask.

Netizens however concluded that it was super rude and definitely unsportsmanlike for anyone to make such body-shaming comments towards others and came to apologise and encourage Aaron on his career.

At the end of the day, the Malaysian badminton team managed to defeat Indonesia and took home the BATC 2022 trophy.

Aaron also appeared to be in high spirits and apparently unaffected by the comments he received.