The 12-episode series is already the most-watched series on Netflix right now. 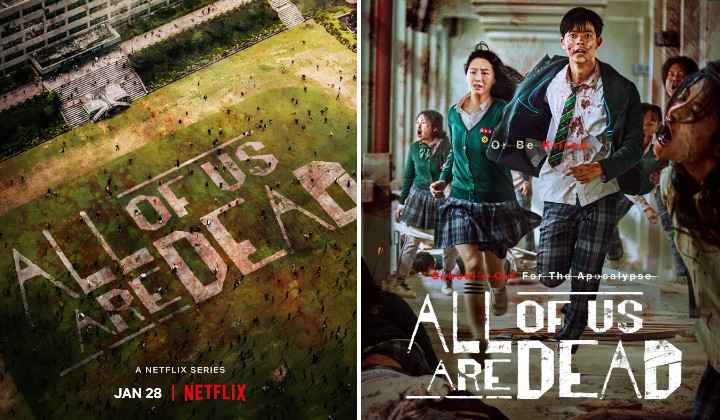 Chinese New Year is right around the corner, so that means everyone is getting a public holiday break in the middle of the week.

Naturally, this means it’s the perfect time to pick up a new show to watch, and Netflix delivers.

If you have time, why not give their new zombie series, All Of Us Are Dead, a shot?

Despite only being released on Netflix on 28 January (just 3 days ago), the series is now already the top streamed show on Netflix in Malaysia worldwide.

Perhaps most of us are simply trying to scratch the itch that Squid Game left behind, but there certainly seems to be an appetite for darker survival shows.

High School Is A Nightmare, Literally

The story, based on a popular Webtoon Now At Our School by artist Joo Dong-Geun, is set in a high school in Korea where students are turned into bloodthirsty zombies while survivors try to stay alive.

Surprisingly, unlike a majority of zombie flicks, the characters in All Of Us Are Dead know of the concept of zombies, and the idea of the aggressive undead is actually well-known.

Whereas most zombie movies always explain the “zombie virus” as something novel that took the world by surprise, in this universe within All Of Us Are Dead, zombies are already part of their ‘fiction’.

In fact, the characters reference another Korean zombie blockbuster directly, Train to Busan!

Despite being attacked by blood-thirsty friends and classmates, our main group of characters still manage to do all the things that highschoolers do, like fall in love and get into fights (with zombies).

The series is only 12 episodes long, making it perfect to binge this week.