The person spent more than an hour waiting on the line for LHDN to pick up the call. 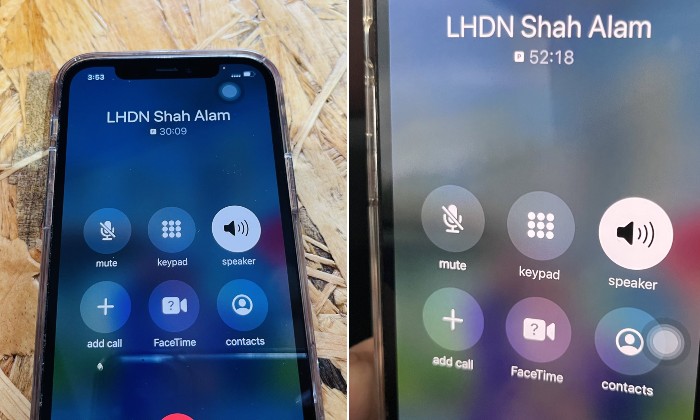 Bureaucracy can be hell to navigate, and no one knows this better than the Malaysians who have business with government offices.

Recently, Malaysians took to social media to complain about taking forever to get in touch with the civil service.

It all began when one frustrated netizen went online to share his personal experience of supposedly spending a very long time trying to make a phone call to the Shah Alam Inland Revenue Board (LHDN) branch.

He made the complaint in a posting on 12 January, which was addressed to LHDN officials.

“I’ve ordered food, ate and finished eating, still ringing,” wrote shahrizan_k in his Tweet and shared a picture of a smartphone with a timestamp that shows he’s been on a call with LHDN Shah Alam for 30 minutes and nine seconds.

On 13 January, he made another posting saying that he’d been calling the office for over an hour but still didn’t get a response on the other line.

In a later “update” posted on 14 January, shahrizan_k revealed that he had finally managed to get the issue sorted out “quickly”.

But, the cat has already been let out of the bag

Commenters shared similar experiences of waiting to be served by LHDN.

Yeah, last week I was on the phone a couple of hours trying to get in touch with one of their departments too. Incredible how the phone can rings for 10 minutes (and longer) with no one picking up 🙃 https://t.co/bKnY1Bt0Gu

Some took shots at other government offices like the Land Office for having similar dissatisfactory service.

One trick involves emailing LHDN and addressing the correspondence directly to the agency’s higher-ups or even government ministers.

Others suggest getting a hold of a direct extension number to LHDN personnel.