A gas station owner was inspired to create the best public toilet to dispel stereotypes. 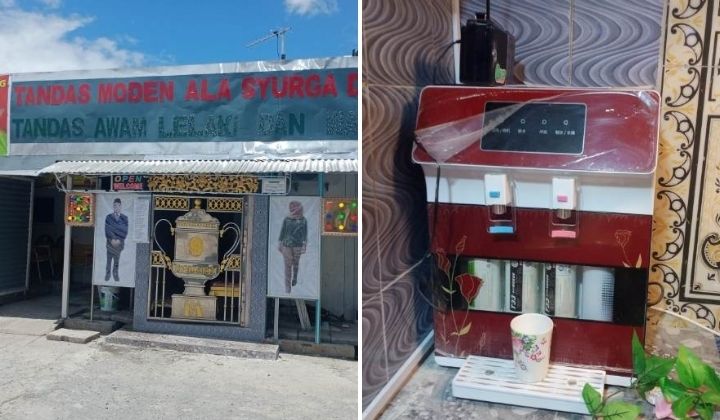 Have you been disgusted by the sight of our public toilets at R&Rs and petrol stations?

An 83-year-old gas station owner in Melor made his grand plan to make the best public toilet ever a reality.

Datuk Dr Ahmad Omar wanted to carry out his crazy idea to fruition in order to dispel the stereotype that public toilets are always filthy. The idea came to him when he had extra savings to spare.

To realise this ambitious venture, he poured in RM10,000 into the project and managed to outfit the public toilet at his petrol station with 35 items for customers to use and enjoy in the facility.

Among the items that can be used in the ‘heavenly’ toilet are a coffee machine, a television, a water cooler and even a vanity table.

And get this, the toilet is fully air-conditioned too!

The toilet is also decorated with gold décor, giving it a palatial feel and ambience.

According to Rileklah, the toilet is free for public use. Anyone who uses the toilet gets to enjoy discounts in Datuk Dr Ahmad’s petrol station store too.

“I was laughed at and criticised for my efforts but it didn’t break my spirit to complete building the public toilet so that the toilets here [in his petrol station] are more attractive,” he told Harian Metro.

Datuk Dr Ahmad also promised to keep the public toilets clean and has assigned a worker to watch over the items in the facilities.

So far, he said the public toilet isn’t short on visitors who stopped by to take pictures and videos.

Due to the quirkiness of this public toilet, it might become a tourist attraction for those visiting Kelantan soon.

Fuel Shortage On Major Highways Due To Higher Traffic Than Expected, Says KPDNHEP