Happy tears and sad tears for those who wanted Tim Allen to voice the character again. 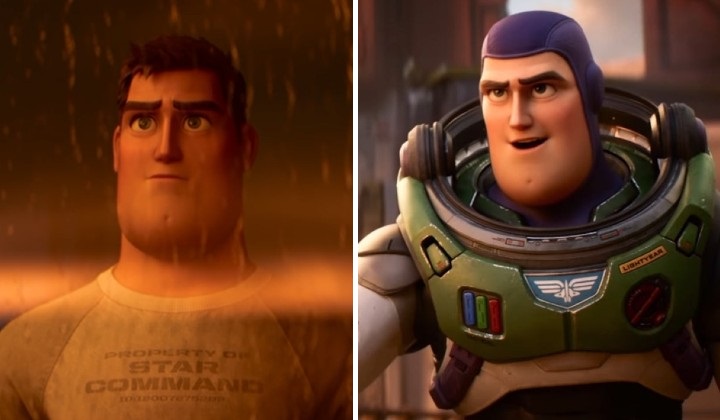 Toy Story has been and will always be one of the most iconic Pixar animations for the way it grew with you from the very first one in 1995 to its swansong in 2019.

While we sadly said goodbye to all the toys knowing we will never experience their adventures again or live through heart-warming stories behind the complex relationship they had with their owner Andy (and themselves) – there is light at the end of the tunnel – literally.

The teaser trailer for “Lightyear” was released recently and will tell the story of the ‘real’ person behind one of Toy Story’s loveable characters Buzz Lightyear.

Released by Disney and Pixar, the iconic toy and character will be voiced by Chris Evans with Evans tweeting the teaser that got many millennials breaking out in goosebumps.

I’m covered in goosebumps. And will be every time I watch this trailer. Or hear a Bowie song. Or have any thought whatsoever between now and July cause nothing has ever made me feel more joy and gratitude than knowing I’m a part of this and it’s basically always on my mind
💙🚀💫 pic.twitter.com/bq5573GcrM

In Evan’s tweet, he writes “I’m covered in goosebumps” when describing the teaser.

And why not? Everything about it is epic, from the amazing graphics which people are calling a ‘visual masterpiece’ to the perfect choice of music with David Bowie’s classic “Starman” playing in the 1+ minute teaser that makes us want more.

But despite the highly anticipated release, there are still some fans who are upset that Chris Evans is replacing Tim Allen as the voice of Buzz Lightyear.

Even some Malaysians are a bit taken aback by it.

Excited at 1st then i realized why they don't continue with Tim Allen? https://t.co/Q23Ut6EvEr

Well this Malaysian thinks it’s a good move. You’ve got to remember that “Lightyear” the movie is about the space ranger, and not the toy so it makes sense to use another voice.

According to CNN, the movie is set for release on 17 June 2022. And with other big releases in the past, Malaysia can probably expect a release date around then too.

“We Didn’t Ban ‘Lightyear’, It Was The Distributor” Says Censorship Board On The Movie Not Showing In Cinemas