Nine shorts from seven anime studios makes for one must see masterpiece. Only on Disney+. 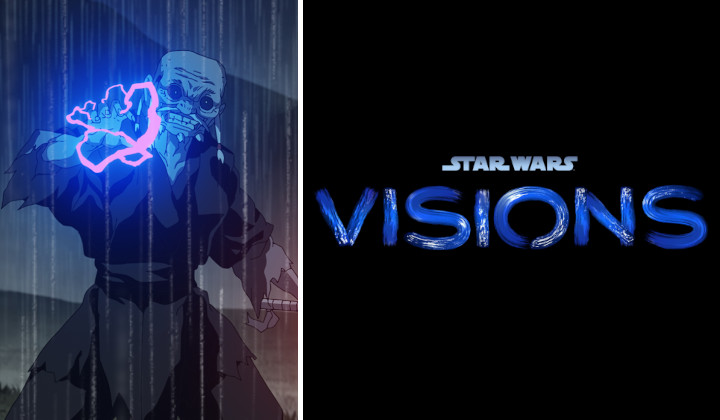 If you love good stories that are masterfully told, this is a must-watch.

There are nine episodes in all, savour them one by one. Watch it on the biggest screen you got and don’t binge if you can help it.

Although the dubbing is very good, I’d recommend watching the show with the original Japanese audio and English subtitles instead.

Now, if you still need convincing, let’s continue with the review.

This Is Star Wars

Disney’s Star Wars Trilogy not only turned the Skywalker Saga into Palpatine’s Long Game but introduced Star Wars fatigue to its once-loyal fan base.

However, The Mandalorian series showed many that there was still hope.

Despite its detractors, it proved to many that Star Wars is still a fertile ground for telling new stories and adventures as long as its creators understood the tone and spirit of Star Wars.

This point is honed further in Star Wars: Visions where the reigns were given to the East, to Japan, to the culture that inspired Star Wars in the first place.

I don’t think that they are canonical to the rest of Star Wars, but each short brings to the table a new idea that I wish could be a part of the main story.

Do not expect to love all of them. Each is different enough that you might like some more than others and that is ok.

Star Wars Visions stars with its best foot forward. This 3D anime short is done in black and white, meant to look like a painting, and evokes the feel of an Akira Kurosawa film.

It is a masterclass in pacing and introduces the concept of an umbrella sabre, the ability to catch a lightsaber blade, and a kyber crystal collector.

I would have liked this short more if it was done with hand-drawn animation instead. I’m Just not a fan of 3D anime.

This is a story of two souls who want to escape their destiny and play music instead. One is a youngling fugitive who escaped the massacre, the other a Hutt who has no interest in being a mob boss.

I’m not a fan of the stylised, almost chibi (childish) look, but this is a fun story that revolves around music and you just don’t see that in Star Wars.

This short is full of surprises. It disarmed my expectations when it opened with the classic Star Wars giant ship reveal, a new superweapon, and two Sith lords.

It was its design and style that won me over at first. It was this and the excellent story that let me excuse the extreme anime exposition dump.

Extra points for using some of the ideas from the Disney Star Wars Trilogy in a smart way.

I could not believe how much lore and world-building they manage to cram into this 17-minute episode. And yet it still fits neatly into the Star Wars universe.

This heroic drama is set somewhere after the Clone Wars and it introduces so many new concepts with Shinto and tribal influences.

Its contemporary anime style is beautiful and the story, intriguing.

That title alone is titillating. But, above the story set in a world where people have forgotten how to build lightsabers, the makers of this short introduces the concept of a force-sensitive Lightsaber.

It has a contemporary Sci-Fi anime look, which is fine.

By the end of it, I was left wanting to know more.

This was not one of my favourites. It is a homage to Astroboy and was done in that style.

The dark theme and the deadly consequences of the action of the protagonist is a stark contrast to the hero’s curious and happy attitude and delusions.

So much so that I think the kid is a psychopath worse than the Sith.

Speaking of crazy people, this short lulled my expectations by starting slow with a conversation between a Jedi and his padawan on the way to a planet.

The art is reminiscent of the ’90s with high detail but inconsistent quality.

That said, the story is wonderfully done and addresses the idea of balance in the force. It has an excellent Lightsaber duel as well.

This has to be the heaviest short of the bunch. The theme is ‘balance’ and it is set in a world where feudal Japan meets Star Wars Sci-Fi via steampunk.

The duality in this short is enthralling. Themes like development versus nature, new versus old, politics versus family, are all expressed in the story. It is also very Japanese and is steeped in its traditions. But not so much that it is alienating.

The last short in Star Wars: Visions to me, is not star wars at all. It is so generic that almost any theme can be slapped onto it.

The production value is high, and I’m not saying that the story is bad. But if this was not a part of this anthology, I could not say it is a part of Star Wars.

Handing over Western entertainment franchises to Japanese Anime studios to make an anthology is not a new idea.