The most common reason for MC’s is far more complexed than you think. 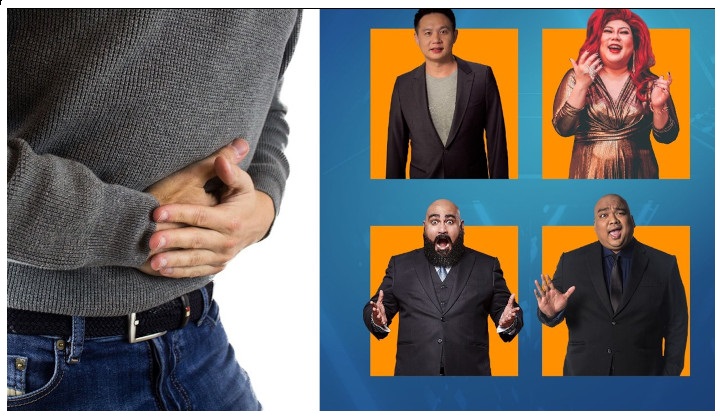 For a word that’s nearly impossible to spell, diarrhea diarrhoea is very possible to get and affects Malaysians across the nation.

More often than not, we often hear colleagues and friends stay home from work or school because of this dreaded “d” word.

If you’ve never gotten diarrhoea before, pat yourself on the bum and thank your lucky stars. It’s not a pretty sight and feeling to have because your bowel movements (or stools) are loose and watery.

Usually, diarrhoea happens because of a virus that gets into your gut and essentially starts causing trouble.

Once the fight has begun, you may experience cramping, abdominal pain, bloating, nausea, fever, and vomiting.

The not so good, the bad and the very ugly

(1) Acute watery – lasts several hours or days and is one of the most common ones.

(2) Acute bloody – also called dysentery. For boomers who used to play Oregon Trail in the early 90s, yes you can die of this without proper medical attention.  Bloody diarrhoea is often a sign of gastrointestinal bleeding.

(3) Persistent – Under this category, also classified as ‘chronic’, symptoms last for a long time and some are life-long. This is usually the result of an intestinal disease or disorder such as celiac disease, Crohn’s disease, and Ulcerative Colitis.

Unfortunately, the cause of chronic diarrhoea remains unknown and can be due to many factors from intestinal disorders, tumours, or even hereditary disorders.

Because of the severity of the situation, some countries like the United Kingdom have classified this disorder as a ‘hidden disability’ and even have a Sunflower Lanyard Scheme in which those affected can wear a sunflower lanyard which allows people to know that you have an invisible disability that requires finding a toilet urgently.

Prevention is better than frequent trips to the toilet

Although some reasons for it are uncontrollable, you can still take action to prevent acute cases.

READ MORE: Stop! Eating That Left Over Rice Could Poison You And Here’s Why

Even if all your business is done in the privacy of a toilet, if you have diarrhoea that’s due to a viral or bacterial infection, you can prevent spreading the infection to others by washing your hands more frequently. But we should be doing that already given the Covid-19 pandemic.

While people with diarrhoea tend to think it’s not something to laugh about (probably because laughing also makes it worse) here’s a chance for the rest of us to have a giggle about it.

In conjunction with gastrointestinal medicine brand Smecta and its new anti-diarrhoeal products, an hour-long virtual event and comedy session called “Take a Stand with Smecta!” will be held for free to spread public health awareness on the issue.

The event will be held on Thursday (8 July) at 8 p.m. and is hosted by Douglas Lim with a host of other celebrity comedians like Joanne Kam, Kavin Jay, and Papi Zak.

Set a reminder to catch the show on Facebook Live here.

Share a laugh, learn more about the disease, and interact with your favourite Malaysian comedians – all in the name of diarrhea diarrhoea!

Prime Minister Still In Hospital, Not Because Of Tumor