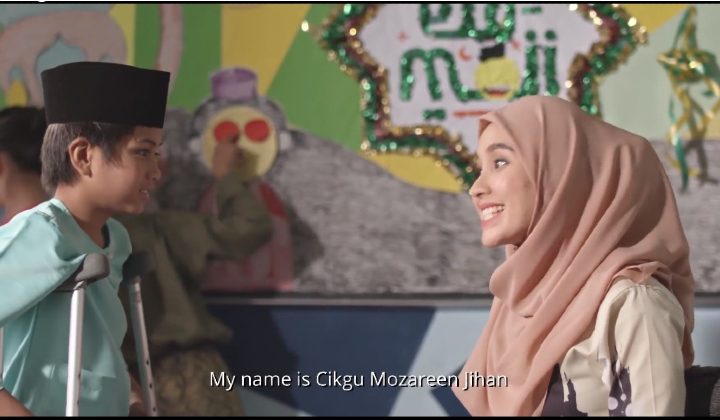 It used to be different in Malaysia when communities used to be more tightly knit with neighbours knowing each other and looking after one another.

Now in that we’re in the digital age, although we’re connected to the world with the rise of the technological marvel that is the Internet, changes in lifestyle throughout the years have made us more distant, to the point where the community bond that was common in yesteryears is a rare commodity in today’s neighbourhoods.

But that doesn’t mean that it should stay that way, as we are social creatures. Those who are physically around us are as equally important as those who appear on our screens.

To bring back some of that communal spirit, Gamuda Land has released a new Hari Raya short film this year titled Salam Eid-Moji. The short flick is a combination of the old and new as it centres on two individuals who communicate using emojis but in an unconventional manner.

It’s a light-hearted take on bonding that tells the story of Amin, a sulky boy who was not too thrilled to move into a new neighbourhood after being bullied in his previous school.

Pictured as being in crutches, he was terrified to go back to school, as being victimised clearly took a toll on his psyche to the point where Amin begins to throw tantrums every time he is reminded of his past trauma.

Seeing that her new neighbour was a defeated figure, his neighbour, Mozareen Jihan, knew that the child was in distress and was determined to help him bounce back.

With the tagline – Hulurkan Tangan, Ringankan Beban, Ukirkan Senyuman Pada Yang Memerlukan – the flick shows that sometimes, we need to be kind to those around us to bring out the best in them.

You can watch the Hari Raya short film here: