Roti bengali is a popular snack in Malaysia. 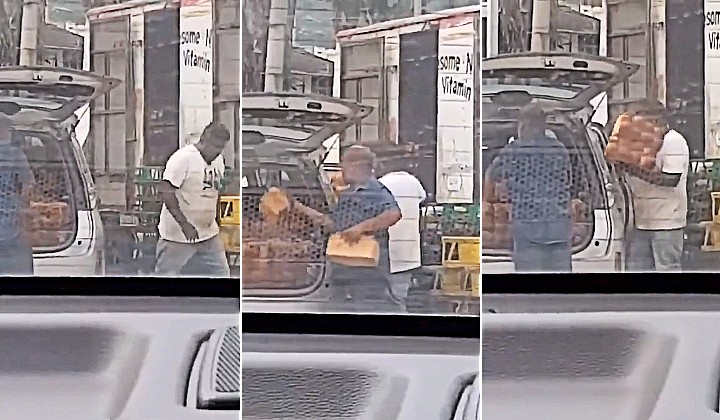 A viral video supposedly coming out of Penang left a bad taste in people’s mouths.

At less than a minute long, the footage showed two men unloading loaves of “roti bengali” or bengali bread from the back of a lorry into an MPV while a woman with a distinct Northern accent is heard conveying her disgust at the scene.

According to The Star, the men seen in the video were allegedly employees of a local bakery in Air Itam, George Town. But the store’s manager apparently could not confirm their identity.

“Eeeeee… Who likes to eat roti bengali?” said the lady in the video as she pointed out the men were stuffing bread into every nook and cranny of the vehicle without it being packaged or them wearing protective gloves.

Likewise, social media commenters weren’t too toasty by how unsanitary the food item was being handled, especially during such times as the Covid-19 pandemic.

However, other netizens seemed unfazed by the video, with some even joking that it was what made the bread so “delicious” to begin with.

But surprisingly, quite a number of people also commented to say that they’ve never heard of or tasted roti bengali, before.

No its not from Bengal!

Roti bengali is a popular sandwich loaf that’s favoured among Malaysians as an appetizing breakfast or tea-time snack.

The bread’s origins go back to George Town in the 1920’ when a community of Indian Muslim migrants who brought the recipe over from their homelands, started a bakery and began selling the then named “pangali” bread – which means shareholder or kin in Tamil.

As with everything in Malaysia, locals were said to mispronounce the word pangali and began referring to the bread as roti bengali instead.

Though it can be eaten on its own, the bread’s plain taste makes it a good base for a spread of butter or kaya. It’s also mighty tasty when dipped and eaten with our local soups, broths and curry.