Ultraman Ribut uses silat and acrobatics to fight off monsters. 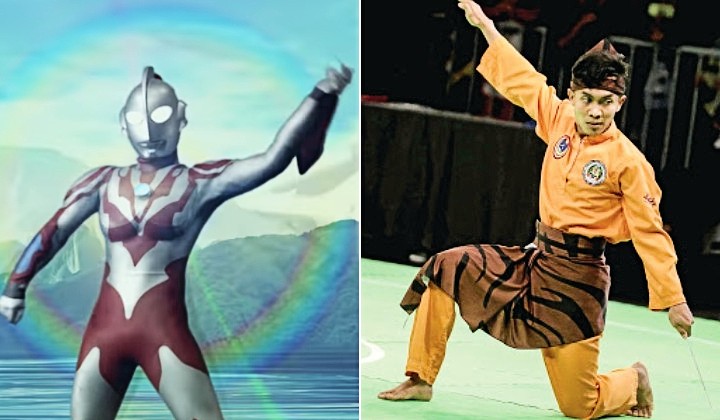 Malaysia’s very own Ultraman Ribut once again joins the ranks of the legendary 50-decade spanning Japanese giant superheroes in the new Ultra Galaxy Fight: The Absolute Conspiracy mini-series which premiered this November.

The series which sees our fighters face off against the galaxy’s greatest evil will be featured exclusively, in both English and Japanese, on the official Ultraman YouTube channel.

According to the mini-series director, Kiochi Sakamoto, what makes Ultraman Ribut so special is his unique fighting style.

As a member of the “Galaxy Rescue Force”, Ribut mixes acrobatics with his use of the traditional Silat martial arts technique that is well-rooted in Southeast Asian cultures.

Here in Malaysia, there are at least 150 different types of silat styles and disciplines that are said to be inspired by the surrounding nature and elements, where each region across the country has its own forms and techniques.

This silat-striking warrior made his storming debut in 2015 on a special season of the popular local animated TV show Upin & Ipin together with the creators of the Ultraman series – Tsuburaya Productions.

In 2019, Ribut entered the live-action Ultraman multiverse as a canon or official crime-fighting character who defends the cosmos from evil aliens and monsters.

Along with his line of toys, action figures and other merchandise, Ribut has arguably become one of Malaysia’s most iconic fictional heroes.

Catch the first episode of the mini-series, HERE;