The visuals and voice-overs in the film were all contributed by Malaysians, selected from thousands of applications. 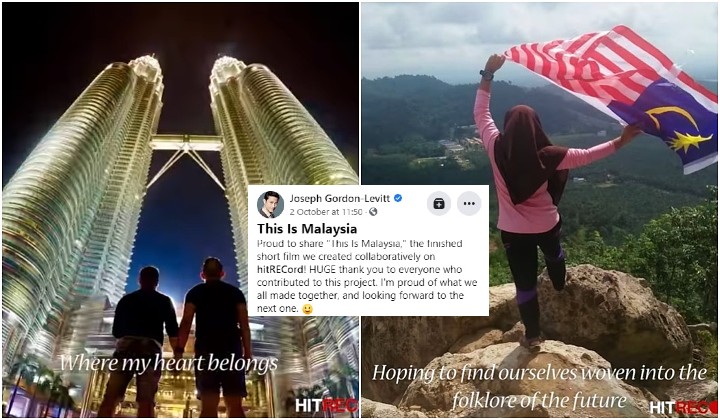 “This is Malaysia” is a 2-minute film brimming with architectural, natural and cultural landscapes of the country, from the Petronas Twin Towers to Batu Caves and even heaping plates of Malaysia’s favourite meals.

According to Malay Mail, the pictures, videos, captions and voice-overs were all contributed by Malaysians, selected from thousands of applications.

The actor and director shared the video on Sunday (5 October), thanking all the talented Malaysians who collaborated together with him to create this heartwarming love letter to the nation.

Proud to share “This Is Malaysia,” the finished short film we created collaboratively on hitRECord! HUGE thank you to everyone who contributed to this project. I’m proud of what we all made together, and looking forward to the next one. 🙂

The film is created via hitRECord, an online collaborative media platform founded by Joseph himself, where users across the globe work together on a variety of projects including short films, books, and DVDs.

Joseph had also previously called out to Malaysian artistes in August to collaborate with for an original song and music video, which are linked to his upcoming Netflix movie called Project Power.

READ MORE: Attention Malaysians: Joseph Gordon-Levitt Needs Your Help For His Next Project

“This is Malaysia” has since garnered over 4,000 likes with appreciative Malaysians leaving comments of support, though it also prompted a discussion on the current climate of racial tolerance and unity.

Watch the short film below and let us know what you think: