Ketum is a substance regulated under the Poisons Act 1952. 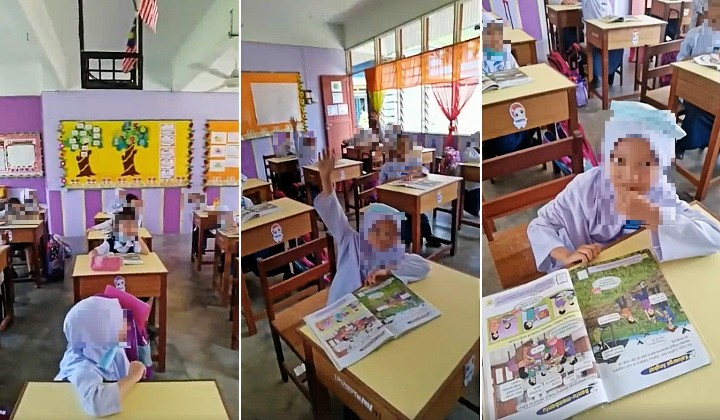 In a video that’s gone viral online, a primary school girl had confessed to her entire classroom that her father was supposedly great at brewing ketum drinks at home.

The 12-second clip features a teacher asking her classroom to give a show of hands if any of their dads knew how to cook.

It was then that the girl sincerely answered that her father knows how to cook up some “air ketum”, followed by bursts of laughter from her fellow classmates.

The video had Malaysian social media users relatively undecided on whether to laugh, get angry or be sad at the girl’s honest reply.

Though netizens appeared to be amused by the child’s cute straightforwardness, people were also heartfelt at the girl’s circumstances and outraged by the school teacher who they said was unprofessional for having recorded and allegedly shared the video.

The video’s release had also prompted comments from the National Union of the Teaching Profession (NUTP) who stated it was relatively unethical for an educator to commit such acts as it may tarnish the child’s image and that of her family.

But, interestingly enough, it was reported that the video had not been intended for public viewing.

Apparently, the teacher responsible for the footage had only sent the video personally to the girl’s mother and meant to caution the parents of their supposed wrongdoings.

Ketum is known worldwide for having medicinal as well as psychotropic drug properties that can make people high. The plant’s leaves can be chewed, smoked, or brewed into herbal teas or juices.

The use of ketum is strictly regulated in Malaysia under the Poisons Act 1952 and it’s an offense to harvest and sell it, though planting a couple of ketum trees in your garden is not.

The government had also mulled over interest to turn the plant into an agricultural resource for the country.

Read more: Ketum Ban: Should We Or Shouldn’t We?