He wants to collaborate with local musicians for an original song and music video! 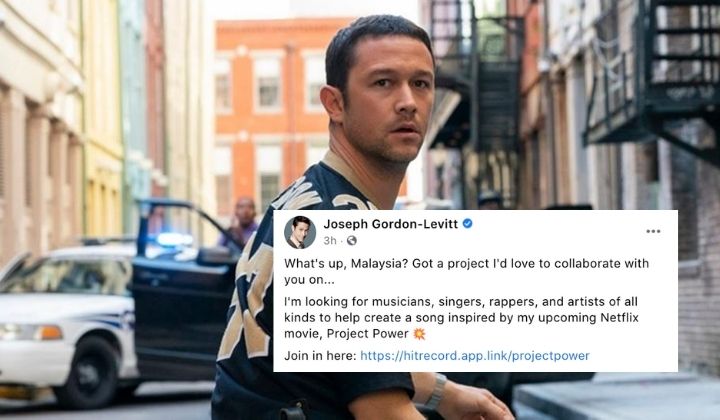 It was around noon today (11 August) that Hollywood actor Joseph Gordon-Levitt published a Facebook post stating that he’s looking for a Malay speaker to do some recording.

This was soon followed by another post, in which Gordon-Levitt explained that he’s looking for Malaysian artistes to collaborate with for an original song and music video, which are linked to his upcoming Netflix movie called Project Power.

The actor wants Malaysian musicians to join in this collaboration, to create a rap-cypher that answers the question “What is your power?”

According to the description of the movie’s teaser on YouTube, Project Power follows an ex-soldier, a teenager, and a cop in New Orleans – all of them looking for the source of a new drug that gives its user temporary superpowers.

The movie will star Gordon-Levitt alongside Jamie Foxx, Dominique Fishback, and Machine Gun Kelly, among others. The movie’s release will be followed by the original song and music video which he posted about.

So if you’re a musician and got a power to ‘show’, you can join the musical collaboration here.

You can also watch the teaser for the Project Power movie below: