This rule will be adapted into EPL and other minor leagues. 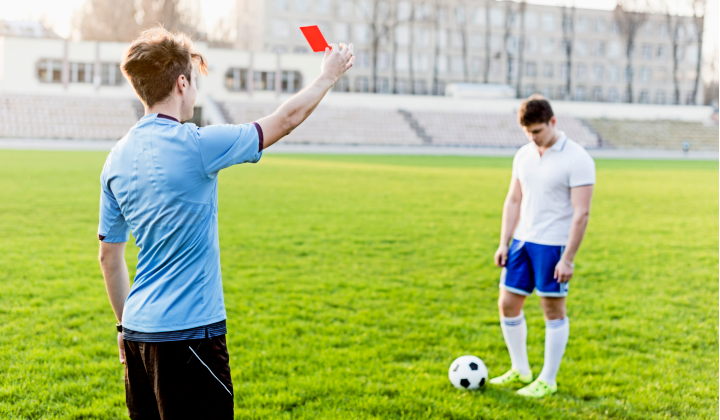 It looks like the pandemic is changing the world in more ways than we would have figured.

The International Football Association Board (IFAB) has decided to introduce a rule that would give red cards to players who deliberately cough at opponents or referees during a match.

Apparently, the rule was added as part of the sport’s Covid-19 guidelines.

For those who are unfamiliar with the sport, in football, a player can be penalized for fouls and misconducts on the field. These actions can result in the referees cautioning the player with a yellow card or force them out of the game with a red card.

Based on the new guideline, the act of coughing on the field will be an offense under the game’s “using offensive, insulting or abusive language and/or gestures” rule.

Basically, referees would have the power to penalise a player and send them off the field for intentionally coughing on other people.

If the cough was accidental, or happened within a large enough distance between players, then the referee would not be inclined to take action.

Additionally if the “incident” was not “severe” enough to merit a red card, then the referee can warn players of “unsporting behavior”.

Reportedly the new rules would effectively be adapted into the English Premier League (EPL) and minor league games for the coming future.

The world of sports came to a crashing halt following global Covid-19 shutdowns. Countries including Malaysia are introducing measures to allow for sporting events to continue amid the pandemic.