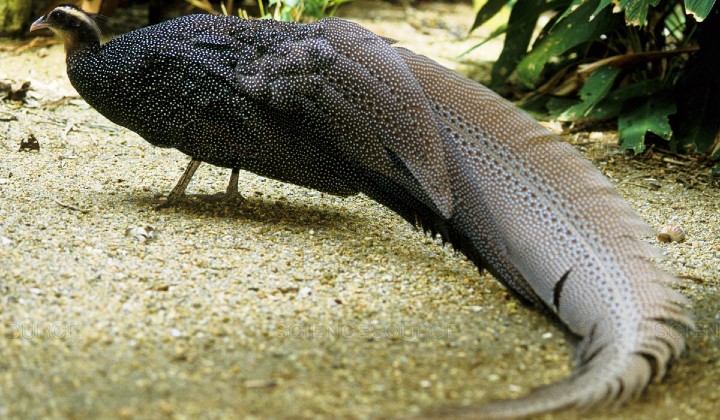 One of the world’s largest and rarest birds has been sighted for the first time in decades outside Taman Negara in Terengganu, and it’s huge!

The last time a Crested Argus Pheasant – also known locally as the kuang gunung – was spotted in Malaysia was in the 1990s.

The pheasant was spotted by a team of ornithological experts who were conducting surveys on the populations of the Crested Argus Pheasants in Malaysia between 2014 and 2016.

Speaking of the discovery, lead author of the study, Liang Song Horng said the team had set up hundreds of camera traps for their surveys in known locations for the species in Taman Negara.

Our findings demonstrate that the camera traps we have set up to monitor mammals can also help us to collect important data on ground birds, many which remain poorly known to scientists.

Liang is also the executive director of Pelindung.

The Crested Argus Pheasant can only be found in Peninsular Malaysia, in the remote mountains of Pahang, Terengganu, and Kelantan. Meaning, it’s an important part of the country’s natural heritage.

Our beautiful feathered friend also holds the world record for having the longest known feathers. Male Crested Argus Pheasants tend to have elongated tails made up of twelve feathers that can grow up to 80 cm long.

Meanwhile, the bird itself has been known to grow up to 2.3 metres in total length.

Solitary and territorial, the Crested Argus is not easy to observe despite its large size due to its shy nature. The pheasant is also known for its elaborate courtship ritual which involves a ruffling of feathers while it dances on the forest floor.

Unfortunately, in 2018 the species was classified as being endangered by the International Union for the Conservation of Nature (IUCN).

The experts involved in the study explained how the rare bird is facing threats to its survival through indiscriminate poaching. Similar versions of the species that can only be found in Vietnam and Laos have already disappeared from most areas there.

Perhilitan director-general Datuk Abdul Kadir Abu Hashim was is also a co-author on the study said that the Crested Argus’s survival is also threatened by snares set up by poachers on the forest floor for large mammals, which they accidentally get caught in.

A top priority for us to conserve it is through strengthening our anti-poaching efforts in and around Taman Negara, and through captive breeding at our facilities in Sungkai.