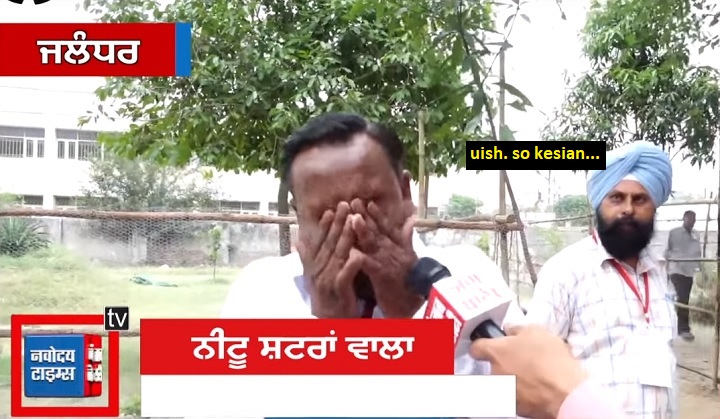 Apparently not as this Indian politician discovered when told that he received only 5 votes, especially since there are 9 people in his family.

Neetu Shuttern Wala, an independent candidate from the state of Punjab, burst into tears on camera when this happened to him.

With tears running down his cheeks, Neetu told the reporter
he didnâ€™t know where the rest of the four votes went and said that he will not
run for elections ever again.

You can watch his emotional breakdown in the video below:

Neetu, who runs a workshop manufacturing shutters, was contesting for a seat in the Indian Parliamentâ€™s lower house or Lok Sabha for the district of Jalandhar in Punjab.

The story has a happy(ish) ending though, as the final vote count revealed that Neetu received 856 votes but lost to Santokh Singh Chaudhary with 385,449 votes.

So it seems that Neetu’s family pulled through in the end. Thank goodness.