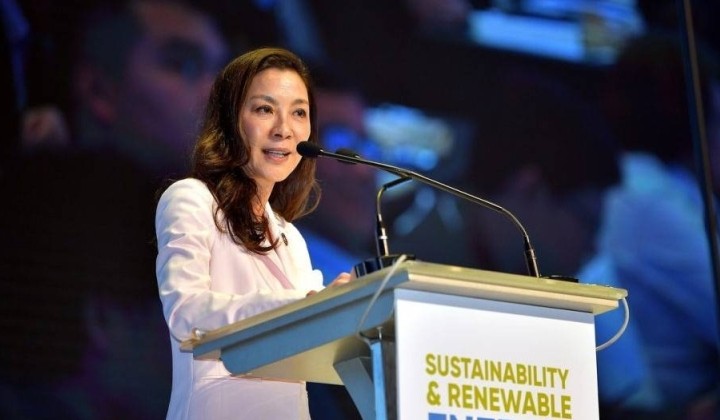 The audience stood up and cheered when the Crazy Rich Asians actress ascended the stage after watching a showreel of her nearly 40-year career.

She continued to talk about her almost 40-year journey in this industry, and she plans to keep doing it.

Despite all the challenges I have faced, I cherished every moment.

The 60-year-old actress also took the time and opportunity to discuss being a woman in the industry throughout her speech. She expressed how fortunate women are to work in one of the most progressive and open-minded sectors. Yet, women are underrepresented at the highest levels of the sector.

The privilege of being woman filmmakers, also comes with a heavy burden. In addition to needing to be twice as good and often as compensated.

Yeoh humbly but proudly accepted her reputation as a “groundbreaker,” and she wished that the next generation of female artists would “create the basis of something even bigger.”

She closed her speech with a message of encouragement for all women who aspire to lead by example in this industry. She emphasised that women must also serve as leaders, role models, and beacons for future generations. For this reason, we must elevate our voices, question the current quo, and encourage women to participate both behind and in front of the camera.

Think how different the world would be if more women’s voices were represented in politics and the corporate world?