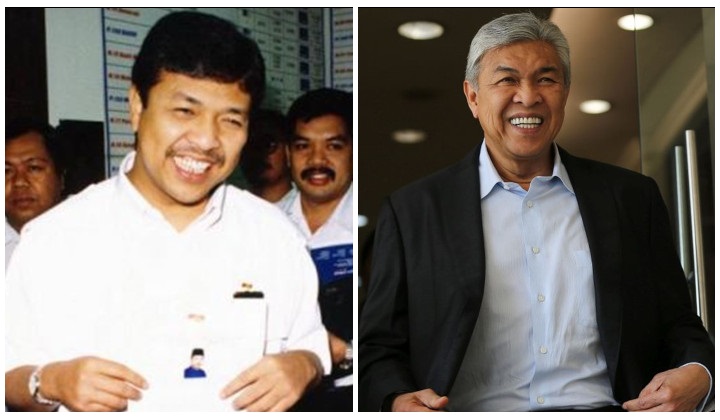 Datuk Seri Ahmad Zahid Hamidi started his political career 35 years ago. He has been UMNO’s president since 30 June 2018 . But who exactly is he, what does he do, what has he done and why is he a prominent name in Malaysian politics?

Here’s a quick look at the man.

Datuk Seri Ahmad Zahid Hamidi is the President of the United Malays National Organisation (UMNO) since 2018 and has also been a member of the Malaysian Parliament for Bagan Datuk, Perak since 1995.

Zahid is also the 6th Chairman of the ruling Barisan Nasional (BN) coalition, which is the largest component coalition of the current Perikatan Nasional (PN) administration.

Born on 4 January 1953 in the same town for which he is an MP, Zahid is the eldest son of nine children to Indonesian-born Malaysians.

However, in 2015 he revealed he was raised by a Chinese foster father, and they sold ice cream together from when he was in Primary 1 to Primary 6.

Presumably because of his upbringing, Zahid speaks some Mandarin.

Zahid has a bachelor’s degree from the University of Malaya and also holds a Certificate in Banking from Bank Negara Malaysia before becoming a banker at OCBC– citing being one of the few Malays at the time given a job at the Chinese-owned bank.

In a non-political standing, Zahid has also served the following positions:

He was also one of the directors of Bank Simpanan Nasional (1995–1998) and also Permodalan Nasional Berhad (PNB).

The rest of his political timeline looks like this:

What’s a politician without controversies?

Being under public scrutiny is sure to draw controversies and Zahid is no stranger.

Arrested under the Internal Security Act in 1998

Zahid was infamously known for speaking out against then Prime Minister Tun Dr Mahathir Mohamad calling for an end to cronyism and nepotism in the Malaysian government.  He backtracked a year later stating that it was Datuk Seri Anwar Ibrahim that had put him up to raising said allegations.

Following the Opposition-led ‘Black 505’ rallies due to claims of electoral fraud and vote manipulation with the 13th Malaysian General Election in 2013, Zahid said that Malaysians who are unhappy with the country’s political system and dislike the BN government should “get lost” from the country.  His uncalled for statement questioned the political future in a multiracial society.

In 2018, Zahid was arrested by the Malaysian Anti-Corruption Commission (MACC) and charged with 47 counts involving criminal breach of trust (CBT), abuse of power and money laundering revolving around tens of millions of ringgit linked to charity foundation Yayasan Akalbudi in which he is a trustee.

The case has since been rested with the defence attempting to paint the charges as political persecution.

In April 2021, a recorded conversation allegedly between Zahid and PKR Leader Anwar Ibrahim was uploaded on Facebook in what seems to be a friendly chat discussing political strategy. Though Zahid initially denied that was him in the clip, expressing disgust on the matter and added that he was shocked to find out about the clip, it was reported that he recently admitted that it was his voice afterall.

The latest bout of controversies comes only recently (8 July 2021), with Zahid announcing UMNO officially withdrawing support for Prime Minister Tan Sri Mahiaddin Md Yasin during a livestream at 1am.