The day kicked off with Pakatan Harapan (PH) and Barisan Nasional (BN) leaders spotted at the Seri Pacific Hotel in Kuala Lumpur. 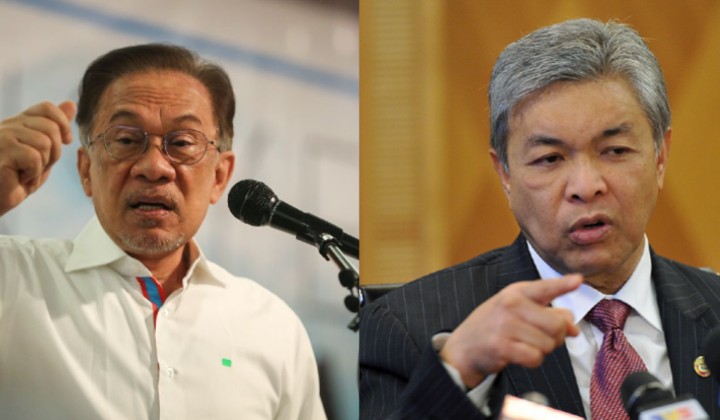 PH and BN held a meeting today at 10a.m.

According to Malaysiakini, leaders from Pakatan Harapan and Barisan Nasional met this morning at the Seri Pacific Hotel in KL. This was “just a regular meeting,” a PH source stated.

It occured before the Istana Negara-imposed deadline of 2:00 p.m. for political parties to submit the name of their Prime Minister candidate.

Since 9am, Pakatan Harapan (PH) and Barisan Nasional (BN) leaders have begun arriving at the Seri Pacific Hotel.

At 10.30am, @anwaribrahim arrives at the Seri Pacific Hotel. pic.twitter.com/TYSqAejnIg

During a press conference, BN Chairman and UMNO President Datuk Seri Ahmad Zahid Hamidi stated that there are 26 BN MPs present in the hotel, and two more MPs are not present due to the fact that they are not feeling well.

In the meantime, he stated that any claims that the BN is working with any political parties or supporting any candidates for Prime Minister are completely false.

Zahid Hamidi also requested the Speaker of the Dewan Rakyat for more time.

Sources say an agreement has been reached between BN and PH.

In a statement from Istana Negara, Comptroller of the Royal Household Datuk Seri Ahmad Fadil Shamsuddin said the extension was given after requests were made by the heads of political parties and political coalitions today.

Anwar, in a press conference, says they discussed policies and forming a coalition government under his leadership.

This has not been conclusive. I am very satisfied, but (BN) have to go through some proceedings.

He stated that they should create a stable government and concentrate on the economy, which has essentially stagnated in recent years.

“Court is court, it is not tied to what is decided by the govt. The judiciary must be free,” said Anwar.

He said that BN asks for more time to decide. pic.twitter.com/nhjP7ISsyx

UMNO’s grassroots opposition to BN forming a government with PH

Tan Sri Annuar Musa, however, disagreed with the idea.

He also urged Zahid to step down as president of UMNO.

Ahmad Faizal said that the effort by PH and BN to create a state government together confirms rumours prior to GE15 that Umno leaders were working on a new network with PH in order to stay in power.

As of press time, there have been no new updates, although Ismail Sabri was seen entering the palace grounds at about 2.50pm.

He left at 4.15pm, reported Harian Metro, but there has been no updates on why he went to see the King.