Immigration says illegal immigrants are provided with food, given toilet facilities during the document screening process and taken to hospital if found unwell. 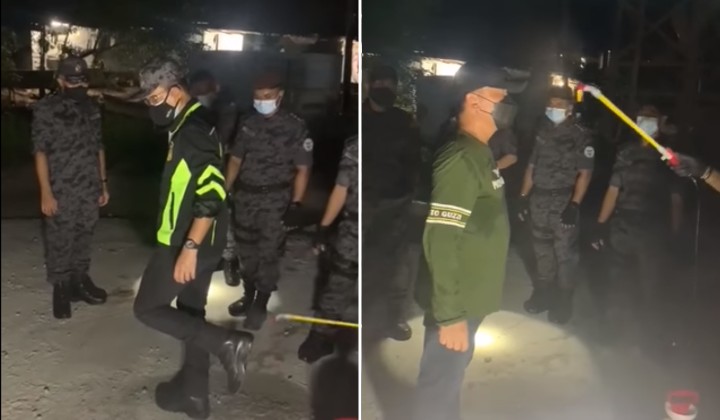 Illegal immigrants who were detained during enforcement operations were sprayed disinfectants by the Malaysian Immigration Department (JIM) officers to prevent the risk of Covid-19, according to the government agency.

In a Facebook post, Immigration said that all who participated in the operation, including the Director-General, Datuk Khairul Dzaimee Daud, were also sprayed with the antiseptic as a preventive measure.

JIM would like to inform that the material used is antiseptic Dettol liquid and has been recognized to be effective for disinfection and not harmful at all. All officers including the Director General of Immigration who participated in the operation were also sprayed with the antiseptic. This action was taken as a measure to eradicate the Covid-19 infection, due to the extremely dirty and overcrowded living conditions.

The agency also said that it takes reports and writings made with the intention of tarnishing the good name of the department seriously.

In the same post, Immigration also said that detained illegal immigrants are given the best possible treatment by being provided with food, given toilet facilities during the document screening process and taken to hospital if found unwell.

Malaysians disapprove of action by authorities

The incident caught the attention of Malaysians recently after a video of the immigrants being rounded up and were sprayed with disinfectants by authorities surfaced on social media.

Why were the authorities spraying disinfectants on undocumented migrants during the operation last night?

What is the purpose of doing so? Won't that be harmful to their health?

It was reported by MalaysiaKini that 156 undocumented migrants were arrested during a raid conducted by the Immigration Department recently, with legal action to be taken on employers for failing to provide their workers with proper accommodation.

Meanwhile, Astro Awani quoted Director-General of Immigration, Datuk Khairul Dzaimee Daud who said the illegal settlement is believed to have been established four years ago.

He also explained that in 2019 until now, a total of 1,052 employers have been prosecuted in court with fines collected in excess of RM19 million. In 2020 alone, a total of 509 employers were prosecuted and fined RM10.5 million.

So far this year, up to May, a total of 130 employers were charged with fines and RM3.2 million has been collected.