It seems that the right way is to do it from “Drive” to “Neutral”, pull the handbrake, and then “Park”. 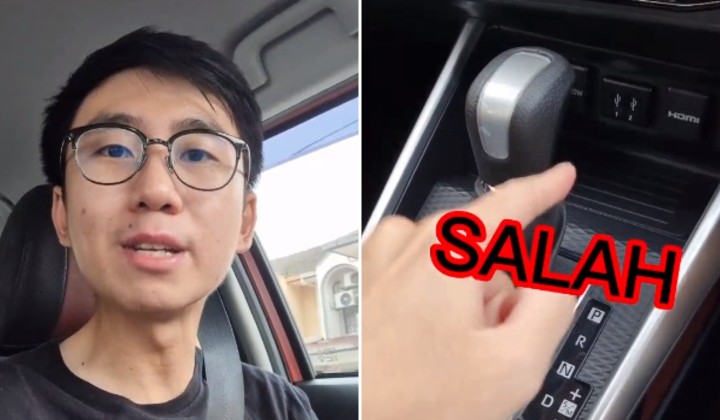 Although automatic cars are much easier to drive compared to their manual counterparts, operating these things still require a bit of understanding besides pushing the gear stick to “Drive” or “Park” and apparently, some habits which drivers have might be damaging their gearbox without them knowing.

For instance, parking seems to be a simple procedure but it turns out many of us are doing it wrong.

Luckily, there’s a TikTok user by the name of @ciktiva who finally taught us how to do this properly.

In the video, he said that if you happen to push your stick all the way to “P” from “D” and pull your handbrake, that’s the wrong way to do it as it applies pressure on your gearbox which would ultimately damage the thing.

The right way he said, is to first push the gear to “Neutral” or “N”, pull the handbrake, and then you push the stick to “P”.

Here’s the video for you to argue with your friends and family (while your car stays parked at home because Total Lockdown):

It doesn’t make a difference if you are on a level surface road but it matters if you park the car on a hill or a steep road, according to local automotive portal, Wapcar.

When you’re in that situation, if you put the gear to “Park” first, this will put pressure on your car’s parking pawl, which if broken, will cause some serious damage to your gearbox.

The right way to do it? It’s the same as the method suggested by @ciktiva, which is to step on the brake pad, push the transmission to “Neutral” first, pull the handbrake, then push to “Park”.