The project, however, will take roughly 10 years to complete. 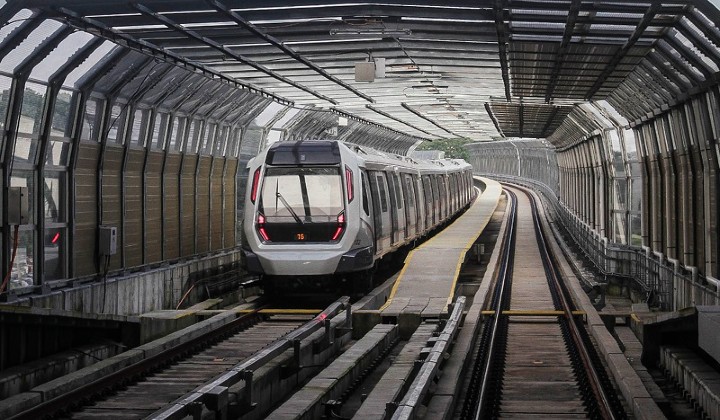 MRT3, the next and final of the three planned rail lines under the Klang Valley Mass Rapid Transit Project by MRT Corp, has announced that it is now in the final stages of seeking approval from the government.

This MRT Circle Line is expected to form a loop line circling the perimeter of KL City and linking other metro lines as exchange stations.

This way, commuters will not need to travel though the city center to exchange to another metro line.

Currently, all metro lines converge through KL City, making it unavoidable if you want to exchange a train line or if your destination is not within the city at all. This funnels traffic through KL City and makes riding our current public transportation a rather stressful affair.

With the Circle Line, MRT Corp aims to disperse commuters who do not want to cut through KL City. For example, commuters in the Sentul area would be able to travel to the Cheras area without going through KL City Center.

A survey conducted by MRT Corp found that 60% of Malaysians were willing to walk to public transportation stations, but only around 400 meters.

As such, MRT Corp will ensure that their train stations will encourage Malaysians to take public transportation, such has having plenty of paved and covered walkways with short walking distances.

There will also be plenty of park & ride structures for commuters to leave their car and take the train into the city. That way, there will be less cars and congestion in the city itself as well.

A destination of its own

MRT Corp has grand plans for its Circle Line, claiming that each station wil be a destination of its own, which would allow local businesses and innovations to flourish.

The idea isn’t too far-fetched, since other countries do build whole shopping centers around their train stations, such as Japan. In Japan, they are known as ekinaka— and they are big businesses in prime locations, offering everything from food stalls to bakeries to bookstores.

When can we expect it?

The project is in its very final stages pending approval from the government, and is expected to kickoff in August 2021.

While the whole project will take 10 years to complete, it will be developed in phases which will open to the public once finished to minimize the social impact of construction.

The MRT3 Circle Line is roughly estimated to be 50km long with around 40% of it being underground. It is also expected to have around 30 stations to maximize accessibility.