Datuk Nicol Ann David made history throughout her life. 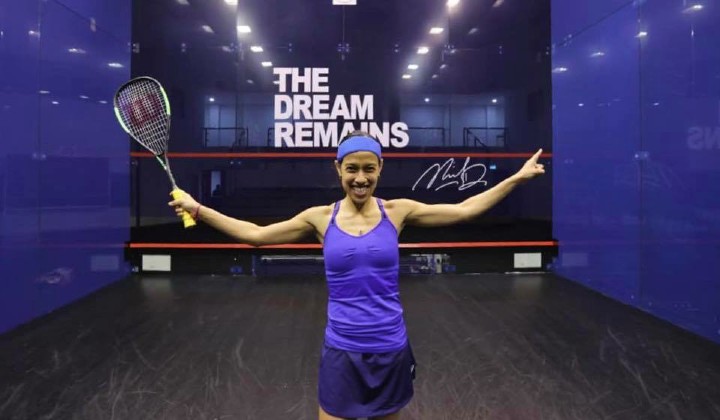 A while back, The World Games ran an online poll for The Greatest Athlete Of All Time, which included our very own squash star Datuk Nicol Ann David.

After Malaysians’ unwavering support and consistent voting, she has finally emerged the victor, earning herself the title of The World Games’ Greatest Athlete Of All Time.

And she really deserves it

To begin with, Datuk Nicol Ann David is an undisputed squash legend.

In fact, she broke many records in various categories and set new ones. She was the reigning world champion for 9 whole years from 2006 to 2015, from the ages of 23 to 32.

She also broke the record for winning the Asian Squash Championship a total of nine times.

Not just that, she broke the previous record of 150 months as the longest-running Top 10 player in the international scene.

She was also the first athlete to win 8 golds in the World Squash Championship. Her efforts alone pushed Malaysia to #2 on the medal table in the womens category with 11 total medals: 8 golds and 3 bronzes; behind Australia which has 14 golds.

Blazing through history and her string of firsts

Even as a young girl, Nicol was extraordinary. In 1999, at the age of 15, she won her World Junior title to be the youngest ever winner of the title; and then proceeded to make history as the first youth to win the title twice in 2001.

In 2009, she became the first player to win five Malaysian Open titles in a row since its inception in 1975.

In 2010, she became the first player – male or female – to win the US Open for the third straight year.

As an acknowledgement of her achievements in the sport, she was awarded with the Order of Merit (Darjah Bakti) in 2008. Not surprisingly, she was also the first ever recipient since the award was established in 1975. (Datuk Lee Chong Wei received his later in 2009.)

Naturally, she is also Malaysia’s first professional female squash player, and her legendary status will never cease, although she has since retired from competitve play in 2019, at the age of 36.