The nature of their work exposes them to infection risks. 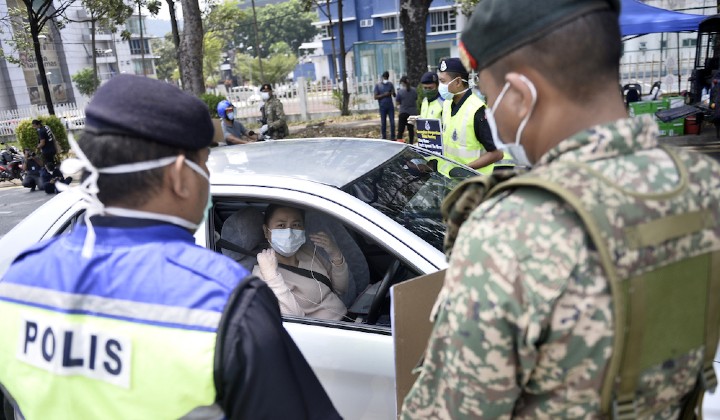 More than 10,000 officers and policemen were quarantined, while at least 200 others were being treated after being confirmed positive for COVID-19, said Home Minister Datuk Seri Hamzah Zainuddin.

He said that the police force has a high risk for infection because they have to work in close proximity with people whose level of infection has yet to be determined.

The spread of COVID-19 is becoming increasingly alarming and many frontline workers have been exposed to the risk of the epidemic. Despite wearing face masks, the assignment of police officers requires them to communicate closely with the people.

He also said that the high rate of infection among members of the Royal Malaysian Police (PDRM) is hampering the team’s ability and strength in its task of maintaining national security and peace.

The police force is now stretched thin as they are also assigned to assist the immigration authorities to prevent the intrusion of illegal immigrants.

Through Operation Benteng between May 1 and October 18, security forces detained 497 illegal immigrants and 28 tekong who tried to enter and leave the country through Sarawak.

Hamzah called on Malaysians to appreciate the sacrifices of frontliners and band together to fight the COVID-19 epidemic as decreed by the Yang di-Pertuan Agong.

He also stressed that the highest appreciation should be given to the PDRM because since the outbreak of the epidemic, many members of the police have fought regardless of fatigue.

Many of them have not yet rested or spent time with their families.