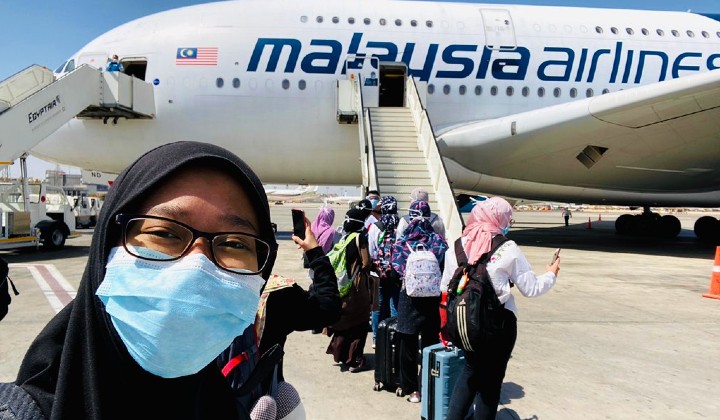 Investors are no longer interested in national carrier Malaysia Airlines, and amidst being grounded from the pandemic and years of being in the red, it could potential be liquidated away.

According to NST, Khazanah Nasional Bhd may be grounding the airline permanently and turning Firefly into the new national carrier. However, the preferred option is for their investors to support the company’s attempt at restructuring instead.

Still, in the middle of all this uncertainty over the future of Malaysia Airlines, many Malaysians have taken to social media to share their memories of what Malaysia Airlines mean to them.

For many Malaysians, the national airline carries fond memories, whether it was the first time they rode on a plane…

I really do hope everything will turn out well for Malaysia Airlines. Picture was taken in 1994 (ish) with one of @MAS Boeing 737 NG. pic.twitter.com/TMfXasFo5V

…or for those who reached their dreams of a career in the air.

Never will i forget. #MAS pic.twitter.com/K2vUhfAj5E

i grew up with @MAS, and is lucky enough to serve our national carrier as their employee ✈️

Malaysia Airlines will always be in my heart bcs my father works there…. whenever i took a flight with Malaysia Airlines, i would feel so proud as a Malaysia citizen and i miss the vibe, the dishes and the hospitality i received from the crew .. https://t.co/q56FtSBsHf pic.twitter.com/6TmGKk5dcU

The airline was also involved in shipping students back home during the global pandemic.

It was on 19 April 2020, Malaysia Airlines helps us students from Egypt returning back to Malaysia. I received warmth and kind hospitality from their amazing staffs🥺✨ May Allah grant the best for our Malaysia Airlines🤍🛩 pic.twitter.com/nd5OIt9Iqe

The airline has been in operation for 73 years since 1947, and it may not reach its centennial.

Malaysia Airlines history all in one video. pic.twitter.com/qxfkZMBo8y

Whether or not Malaysia Airline manages to get through this rough patch still remains to be seen, but they have certainly made a deep, long-lasting impact on the country and its people.

Dr M says might have to ground Malaysia Airlines operations