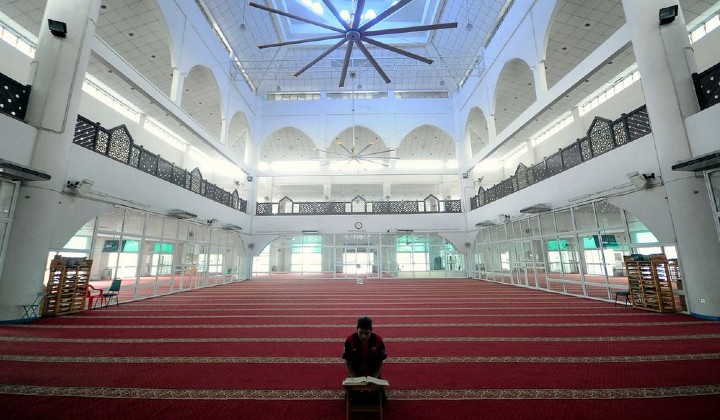 After more than a week into Recovery MCO (RMCO) and the reduction in the number of Covid-19 cases, more states in Malaysia are allowing the attendance for Friday and congregation prayers to increase.

Here’s a round up of the states:

Sultan Sharafuddin Idris Shah, the Sultan of Selangor has decreed for Friday prayers and congregational prayers in the state to resume starting 19 June.

As for Perak, Sultan Nazrin Shah has given his consent to allow congregational and Friday prayers to be based on the actual capacity limit of the main prayer hall.

The congregation must have physical distance of one metre between each other during the RMCO period.

The state’s Fatwa Council has allowed Friday and fard prayers to be performed at mosques and surau in the state starting 19 June.

However, Sabah Mufti Datuk Bungsu Aziz Jaafar said the permission is subject to the actual capacity of the mosque or surau and also the ability of committee members in complying with the SOPs and ensure one-metre distancing among attendees.

Mosques and surau in the Federal Territories – except those in the red zone – will be opened for Friday and congregational prayers starting 16 June.

The permission is subjected to the ruling that only one third of the main prayer hall capacity is allowed and congregation members must be among locals only.

Kedah has granted Friday and fard prayers to be held in all mosques and surau in the state starting 19 June.

For Friday prayers, the minimum number of congregation is at least 40 people and the maximum is 60 individuals, while fard prayers are allowed to be performed with a maximum of 40.

Kelantan has allowed for Friday prayers to be performed at all mosques in the state starting 5 June with a congregation of 40 people.

On the same date, Perlis has also for Friday and congregational prayers to be done but it’s capped at 30 people.

Meanwhile, Sarawak allowed for Friday and fard prayers for the first time last week since it was forbidden to do so for 12 weeks.

On the same date, Perlis has also allowed for Friday and congregational prayers to be done but it’s capped at 30 people.

The state of Johor allowed for prayers to be held on 12 June but limited to only 40 people, excluding the mosque or surau officials.