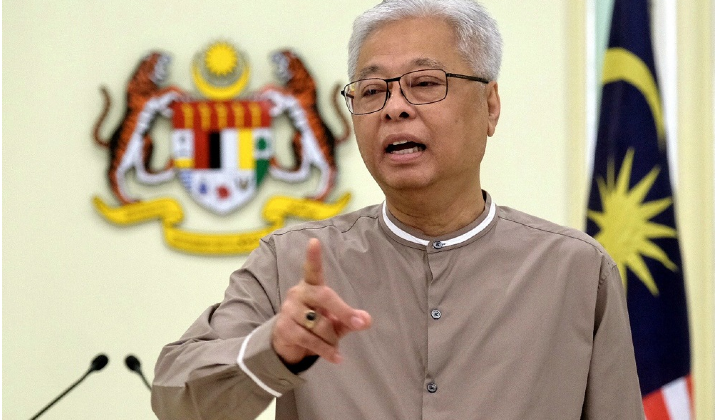 PDRM will withdraw all roadblocks nationwide except for rat trails

Ismail Sabri said that only Ops Benteng will still be conducted by the police along rat trails which are used by immigrants to access the country while roadblocks at interstate exists will cease starting today.

The police, he said, reported that traffic is clear for today and yesterday but anticipate an increase in the next few days as Malaysians take this opportunity to balik kampung and celebrate Syawal with their loved ones.

Malaysians still have to adhere to preventive measures

Even though the country is in the recovery stage of the Movement Control Order with the government starting to ease up on measures, Ismail Sabri said, some measures to prevent the spread of Covid-19 must still be observed.

The army will still assist the police

The Malaysian Armed Forces will still assist PDRM despite the government relaxing on the MCO, Ismail Sabri said, as they’re involved in the Compliance Operations task force alongside RELA, Angkatan Pertahanan Awam (APM) and other agencies.

This is to ensure that the Standard Operating Procedures (SOPs) are adhered to in business premises, public places, markets, etc.

When asked by the media whether the SOP has changed for car travel, Ismail Sabri said the same applies for RMCO; Malaysians can fit in the usual number of passengers in a vehicle according to capacity.

The same goes for the requirement that passengers must come from the same household or family.

Ismail Sabri said that just like any other business, nurseries will have to increase their fees as they in line with rising costs due to sanitation purposes.

He said nurseries should consult with parents on why the costs will increase to prevent any confusion about the fees.

When asked by the media on why travelers are required to do swab tests for Covid-19 and bear the costs for doing so before going to Sabah or Sarawak, Ismail Sabri said it’s part of the state’s policies that they make the procedures mandatory before entering the state.

Every other activity is allowed except for the 11 banned activities

Ismail Sabri said that any other activity that’s not part of the 11 listed by the government will be allowed to operate or start again.

It was previously mentioned that these 11 activities will not be allowed during the RMCO:

He said eventually, when the situation has improved, more activities from the list will be allowed but for now, they will not be permitted by the government.

Food deliveries will also operate until 12 am

After allowing eateries, mini marts and grocery stores to operate until 12am yesterday, Ismail Sabri said even food delivery services can now operate until midnight.

Ismail Sabri: No Economic Shutdown, But MKN To Decide What’s Next On Tuesday

Malaysians Disagree With Govt On No-Quarantine Requirement For Sabah Travellers