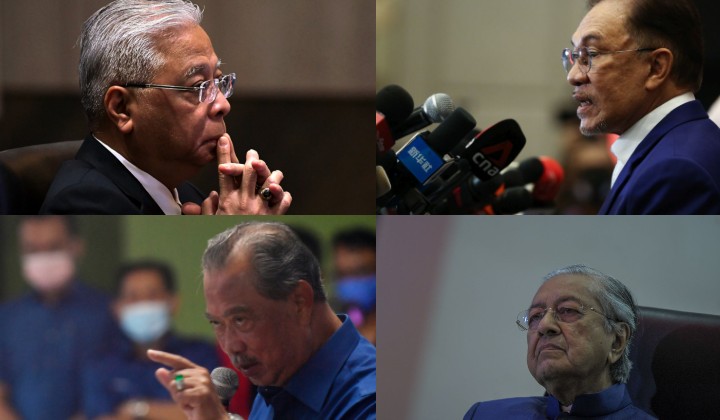 Three of the four leaders that have been put forward as potential prime ministers have held the role before.

This article may be helpful for first-time voters who find these faces unfamiliar.

The Barisan Nasional (BN) alliance, which has won all but one general election in Malaysian history, made Ismail Sabri as their ‘poster boy’ for the prime minister’s post.

In August last year, Ismail Sabri became the ninth prime minister after receiving majority support from the MPs, following the resignation of Muhyddin.

However, there were controversies along the route

Despite his rapid rise, he also had a few controversies that upset some people.

As the agriculture and agro-based industry minister in 2015, he pushed Malays to boycott Chinese businesses in order to pressure them to reduce their prices.

He defended his statement, adding that his boycott call was solely meant to target “bullheaded Chinese businessmen.”

Muhyddin served as the eighth prime minister and is the shortest ruling leader in Malaysian history.

He was appointed after the abrupt resignation of Dr Mahathir. Prior to that, he served as minister of home affairs.

Muhyiddin was previously an UMNO man but a strong critic of it during the 1MDB scandal, and as a result, he was removed from his position in then prime minister Datuk Seri Najib Razak’s cabinet in July 2015.

Since taking office in March 2020 as the leader of newly-formed Perikatan Nasional following a power grab within the previous administration, Muhyiddin was under continuous pressure. He resigned after months of internal conflict within PN amid rising public resentment over the political chaos at a time when COVID-19 cases were on the rise, according to Aljazeera.

Sacking from BN and the birth of PKR

Anwar was sacked from BN when Dr Mahathir was the prime minister in 1998. He went on to form PKR which was launched on 4 April 1999.

Even though he was a prisoner for more than eight of the past twenty years, Pakatan Harapan, a coalition made up of DAP, PKR, Amanah and Dr Mahathir’s Parti Pribumi Bersatu Malaysia, made history when they ousted BN in the 14th general election back in 2018.

Days after the election, he was freed from jail and given a full pardon. At the time it was anticipated that he would assume the role of prime minister within the next two years after Dr Mahathir stepped down, as promised.

Why was Anwar Ibrahim sentenced to jail?

Anwar was fired in September 1998 afterwhich he led public protests against Dr Mahathir. Reformasi, a reform movement that would impact a generation of Malaysian democracy advocates, began.

He was detained and ultimately convicted of sodomy and corruption, claims he rejected throughout the trials.

Possibly the most recognisable figure in Malaysia, Dr Mahathir served as prime minister for a total of 24 years.

Since the 1980s, he is largely credited for Malaysia’s successful economic progress and change.

In 2018, he stepped out of retirement in an attempt to unseat Najib, who was accused of misappropriating hundreds of millions of dollars in public finances, according to the BBC News.

Mahathir was re-elected as the country’s prime minister with the support of former rival Anwar, while Najib was accused and later jailed on allegations of misappropriation of SRC International funds.

As things did not work out under Pakatan Harapan, Dr Mahathir left Bersatu and formed Parti Pejuang Tanah Air which is part of the Gerakan Tanah Air (GTA) coalition.