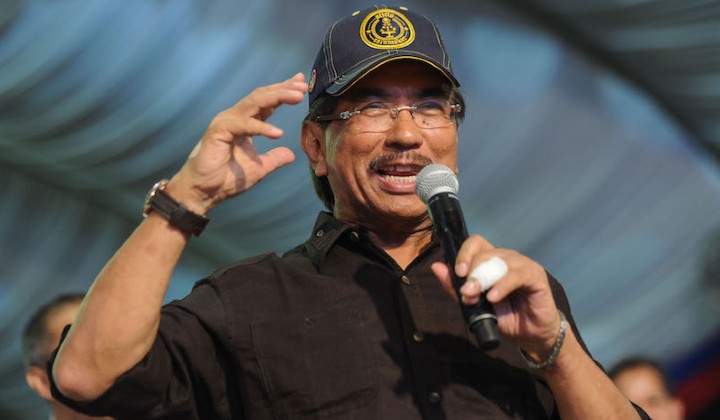 Though today’s proceedings were apparently meant for case management, Judge Datuk Muhammad Jamil Hussin granted the application by the defence for Musa to be acquitted after the prosecution withdrew all their charges.

“Following instructions from the AG’s Chambers, the prosecution intends to withdraw all charges made against the accused,” said deputy public prosecutor Datuk Azhar Abdul Hamid as reported by The Edge.

Of the 46 counts, 30 were for corruption after Musa was alleged to have, in his capacity as Sabah chief minister and Sabah Foundation Board of Trustees chairman, received US$50.1 million from eight logging concessionaires as an inducement to approve logging concessions for 16 companies.

The offences were allegedly carried out at 8 banks and financial institutions in Singapore, China and Hong Kong between 20 Dec, 2004, and 6 Nov, 2008.

If he had been found guilty, the state assemblyman for Sungai Sibuga could have faced a maximum 20 years’ jail and fine of not less than five times the amount or value of the bribe or RM10,000, whichever is higher, upon conviction.

The remaining 16 charges were for money laundering. It was alleged that Musa instructed a man named Richard Christopher Barnes to open an account at UBS AG Bank in Singapore, under the latter’s name through which Musa would receive funds from illegal activities.

It was also alleged that Musa received US$37,845,491.60 and S$2.5 million in aforementioned funds from several people through Barnes’ bank account.