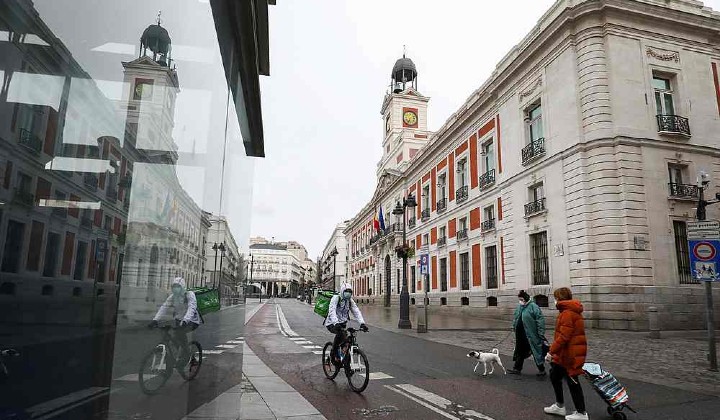 Almost 40% of the worldâ€™s population is under lockdown as COVID-19 sweeps across the globe with more than 450,000 cases reported and the death toll exceeding 20,000 across 182 countries.

Itâ€™s reported that more than 3 billion people are advised to stay indoors with India leading the pack as 1.3 billion people there won’t be leaving home for three weeks.

Spain now has the second highest number of casualties in the world, surpassing China with more than 3,400 deaths. Italy still remains the highest with more than 7,500 fatalities reported.

738 people have died in the Spain within the past 24 hours, their government announcing a deal to buy medical supplies from China.

Meanwhile, over in China, the government has reduced restrictions imposed on the province of Hubei where Wuhan is located as the country hasn’t reported new cases.