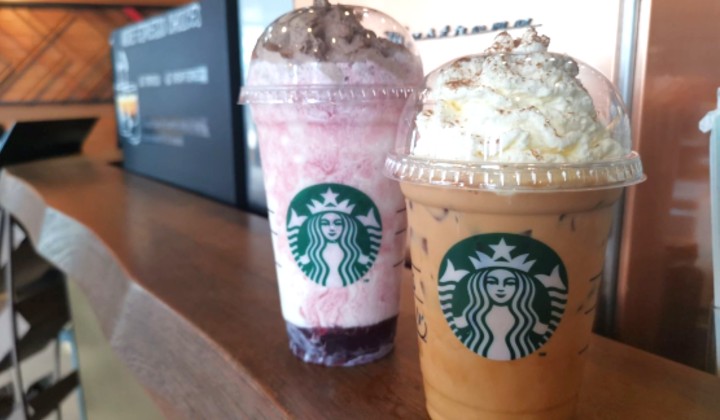 You know it, your friends know it, probably your great grandaunt knows it: the Pumpkin Spiced Latte has landed in Starbucks Malaysia.

It only took a million years, but finally Malaysians can get a taste of the highly popular autumn drink.

The highly anticipated PSL landed on our shores but… does it really hit the mark?

Sadly, most of us were a little disappointed. After all the hype, the PSL ended up tasting like a regular latte topped with cinnamon. The pumpkin flavour was overshadowed by the coffee taste, and for the most part was rather negligible.

That being said, it was still a pretty good latte, especially if you like cinnamon!

However, all the excitement surrounding the Pumpkin Spice Latte has overshadowed another fantastic autumn drink that the coffee chain has released: the Dracula Frappucino.

Made with raspberry juice and sweet fig with a generous dollop of chocolate whipped cream, it’s a treat for a hauntingly good time.

The raspberry base is surprisingly tart. Starbucks is pretty well-known for their cloyingly sweet frappucinos, but the Dracula Frappe turned out to be remarkably fresh without being overly sweet.

In fact, the drink had hints of a black forest cake, but with more tart raspberry flavours. The chocolate whipped cream lent some sweetness to the drink, but wasn’t overpowering.

All in all, we were rather pleased with Starbucks’ latest drink offerings, so head to your nearest store and try it out for youself!

Still think you’ll be able to hold off on the PSL and Dracula Frappe? Think again.

Let us know how you feel about the drinks on ourÂ Facebook,Â TwitterÂ andÂ Instagram!