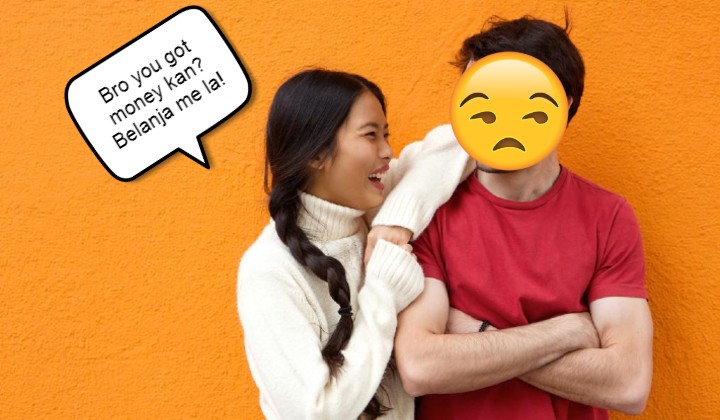 What’s the point of having an elder sibling if you don’t pow them from time to time (amirite!)

A couple of annoyed Kakak-Kakak and Abang-Abang have started a conversation on Twitterjaya sharing “requests” that they often receive from their younger siblings and it’s absolutely hilarious.

“When they suddenly text you by your name, you’d definetly need to be on standby…”

What started out as a simple rant posted by Twitter user puteri intan about her younger siblings asking her for a free treat, soon took on a life of its own as netizens shared their own experiences of being the errand boys and girls to their younger counterparts.

“When you’re the eldest and have younger siblings. If you go out for even a short while, for sure they’ll have things that they’d want to request…”

I scream you scream. Adik-adik for sure scream for Ice Cream!

While you’re at it, why not grab some food too…

“Same goes for this kid. Eventhough its annoying, I’d still buy it…”

Thou shall not take the name of “mom” in vain!

“While my sibling would use my mom’s name, eventhoug they are the ones who want’s it…”

so true .. this is my collections of my brother mintak top up 😂😂😂. pic.twitter.com/vNmtqfD9bp

“So true, this is a collection of my brother asking me for prepaid top-up…”

Bubble Tea is all the rage, why not ask for a “free sample”

A lot of thirsty kids out there too…

Such a sweet talker!

“This is my brother. He’ll praise me only when he wants something…”

Ma dude even used the thread to get MORE stuff from his sister… LOL!

Haih… who said it was easy being the elder sibling in the family!

But one thing’s for sure, no matter how annoyed or ridiculous the requests might be, these awesome Abang and Kakak still did everything in their power (or pockets…) to fulfil their Adik-adik’s desires.

Kudos to the caring, loving, responsible and incredibly patient elder brothers and sisters out there!

Have you ever gotten requests from your younger siblings?

Or are you yourself guilty of pow-ing your Abang or Kakak?