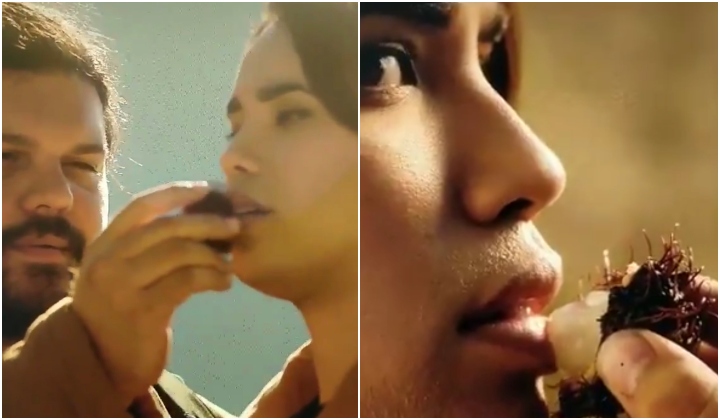 We get that some tropical fruits can be rather funny looking, but alien looking? Weâ€™ve never heard that one.

Yet, a new sci-fi series recently debuted on Netflix has apparently featured a rambutan as an â€œalien fruitâ€.

The incident was viral on social media after Twitter user @hash_1993 shared a short clip of the fruity scene online.

A netflix series about space exploration landed on a moon and found an extraterrestrial fruit. And guess what it’s rambutan 😂😂😂 pic.twitter.com/tmSfBU8BE8

According to several reports, in the scene from “Another Life”, two characters from the show are bewildered by a strange alien-looking fruit meant to be from an alien moon.

However, any Malaysian or Southeast Asian would instantly recognise the â€œextraterrestrial fruitâ€ as a rambutan being as itâ€™s fairly common in countries such as Malaysia, Indonesia and the Philippines.

Malaysians and Indonesians poked fun at the fact that the common fruit was featured in the American TV show.

Is this netflix series titled

Even better, starfruits to make it more extraterrestrial.

“My house is on the moon”

“There are tonnes of these at the market, why go all the way to the moon?”

The rambutan (Nephelium lappaceum) is a fruit native to Southeast Asia which grows in a tree that can reach up to 27 meters.

The rambutan got itâ€™s name from the Malay word for hair (rambut) due to the golf-ball-sized fruitâ€™s hairy appearance.

The hairy fruit is highly nutritious. Rich in fiber, vitamin C, copper and smaller amounts of other nutrients, it may offer various health benefits including improving digestion and boosting immunity.

So, go and have yourself a little bit of the â€œalienâ€ looking fruit today!