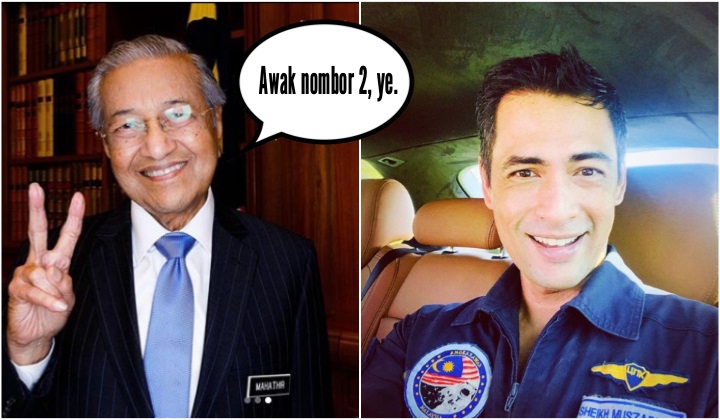 British market research firm, YouGov, has released their annual list of public figures most admired by the people.

The rest of the list is made up by non-Malaysian men.

IN THE WOMENâ€™S CORNER.

Three notable Malaysian women were voted into the top three spots as Malaysiaâ€™s most admired women.

The next three spots are conquered by non-Malaysian women, popular American talk show host Oprah Winfrey came in at fourth place followed by actresses Angelina Jolie in fifth and Emma Watson in sixth.

Then, Malaysian entrepreneur and co-founder of FashionValet and The dUCK Group, Datin Vivy Yusof completes the listâ€™s notable Malaysian females in seventh place.

Interestingly, the worldâ€™s most admired woman, former first lady of the United States, Michelle Obama, comes in at eighth place in Malaysia. She is followed by Queen Elizabeth II in ninth place and the super famous singer Taylor Swift rounds off the top tenth spot.

FYI, YouGov comes up with their annual list by gathering nominations from panellists in 41 countries with the question: â€œThinking about people alive in the world today, which [man or woman] do you most admire?â€

The 20 men and women who received the most nominations were then compiled into the global list and an additional 10 local figures were added to the list for individual countries.

In Malaysia, a total of 1,075 Malaysians participated in the survey. Which is a pretty small sample size if you ask us (these results are not statistically significant!).

So, what say you tell us: â€œThinking about people alive in the world today, which [man or woman] do you most admire?â€