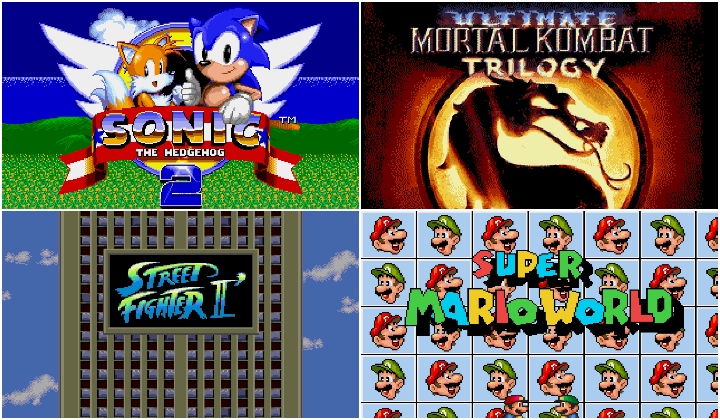 Feeling bored with your usual choice of video games? Got nothing new to play since the implementation of the movement control order (MCO)? Bored at the office after your boss forced you to come in today?

Well, Sega is allowing everyone to play a number of their classic video games, including Sonic 2, Aladdin, the Mortal Kombat Trilogy, Street Fighter II and Super Mario World for free on their website!

Sonic 2 was released for the Mega Drive and the Sega Genesis back in 1992. Unlike its predecessor, Sonic 2 offered a two-player mode which introduced Sonicâ€™s sidekick, Tails.

Once players successfully collect seven emeralds, Sonic could be transformed into Super Sonic, making the quick hedgehog invincible for a few seconds.

This game featured new moves and an â€œAggressorâ€ bar, which, when full,Â  turned characters faster and stronger. It also unlocked new ways to strike opponents with a fatal blow.

Aladdin was released for Mega Drive and Genesis in 1993. Several versions of it were subsequently developed for the Game Boy, NES, and Playstation 4.

The game has players navigating the famous Disney character through different levels. Aladdin can defend himself from enemies using his scimitar and pelt them with apples.

Street Fighter II was developed by Capcom in 1992 and released for arcade systems, the Super Nintendo and Segaâ€™s Mega Drive and Genesis.

The competitive â€œstreetâ€ fighting game saw characters Ryu and Ken deploy their own distinctive attacks, the â€œHadoukenâ€ and â€œShoryukenâ€.

Released in 1992 for Super Nintendo, this legendary game was a worldwide phenomenal success.

The game sees Mario and Luigi come together to rescue Princess Peach who had disappeared in Dinosaur Land while fighting Bowser. During their adventure, the two run into Yoshi, a small dinosaur who has the ability to eat enemies.