The Japanese even has banana and kiwi-flavoured Milo drinks! 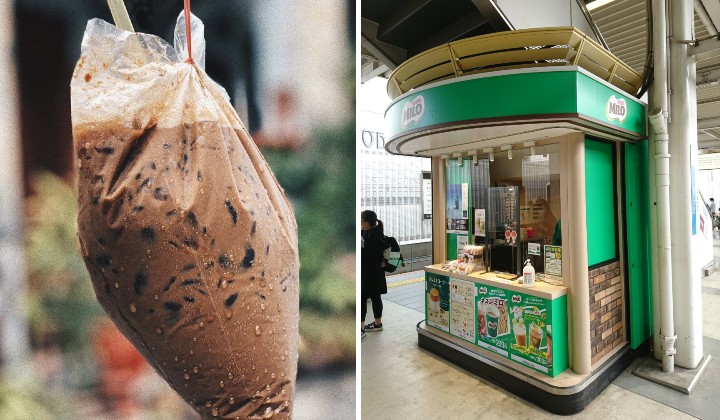 Japan has a reason to celebrate as Milo once again hits their shelves after viral demand for it cause it to be completely sold out last year.

A Japanese Tweet announced that a Milo bar at Machida train station, Tokyo is operational again, selling the beloved malt drink we Malaysians fondly know as ‘Milo Ais’. This Tweet has, at the time of writing, gained 41.5K retweets and 139.4K likes.

The marketing material on the bar also promotes Milo’s health benefits, highlighting that the drink is high in iron and vitamin D.

The Japanese, however, have their own twist on the drink, as the bar also serves Milo with banana or kiwi flavours. (Will Malaysia ever willingly add fruits to our drinks?)

Malaysians quickly jumped in to share our obsessive love for the drink as well.

Come to Malaysia and try milo mamak or milo truck. That’s the real definition of Milo 🤤

One Tweet in reply even showcases our Milo Dinosaur, claiming that “This is how I drink (Milo) in Malaysia”.

Last year, a viral Tweet claiming numerous health benefits of Milo sparked an insatiable demand for the malt drink in Japan, leading to it being completely sold out.

In December 2020, a Tweet in Japanese claimed that the drink’s high iron content helped to provide energy and alleviate her symptoms of anemia. Other users chimed in with the supposed health benefits they found from the drink, leading to an increased demand nationwide.

Since Japan’s supply of Milo comes from Southeast Asia (specifically Singapore) and they were not prepared for the sudden increase of demand, which was sevenfold from the demand in 2019. Hence, Japan had to go through a dry spell without Milo for a couple of months.

At that time, Nestle Japan had noted that the earliest they could replenish stocks in Japan was in March 2021, so it seems that they have made good on their promised and brought Milo in for the thirsty Japanese.