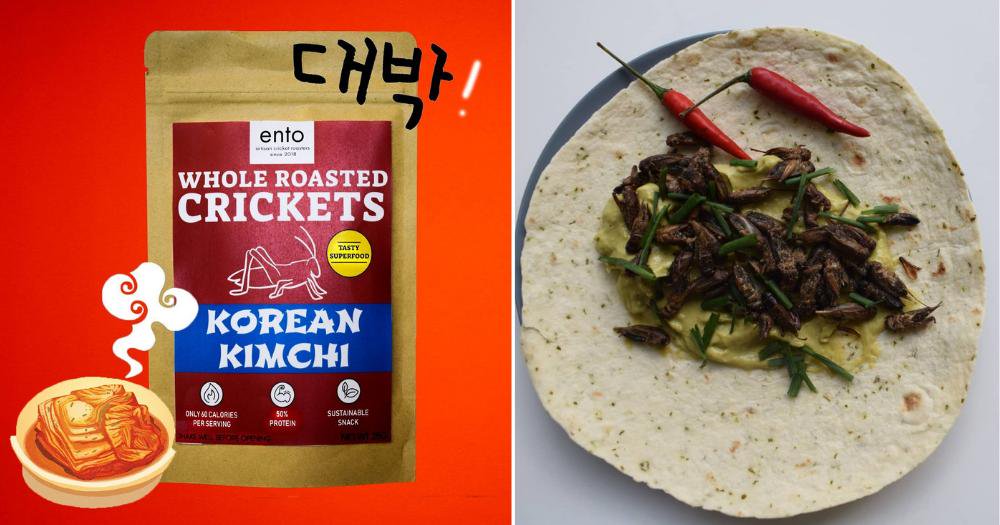 When it comes to food, there is a shortage on the world’s supply as it is estimated that 124 million people in 51 countries are currently facing crisis food insecurity or worse.

Have you ever thought of munching on something weird, crickets perhaps for dinner?

Well now you can because there’s a local company called Ento which sells crickets for human consumption.

So whatâ€™s for breakfast? 😁 Weâ€™re having some eggs with roasted crickets on top. It gives tasty crunchiness every bite and packed with protein! You should try it too and if youâ€™re looking for some tasty treat, check our website below 😁 https://www.ento.my/ #ento #insects #entomology #foodofthefuture#eatbugs #sustainablefood #sustainability #crickets#cricketprotein #eatinsects #protein #nutritious #breakfast #yummyfood #yummy #food

Based in Kuala Lumpur, the company farms crickets indoors in a controlled environment for consumers.

These cricket snacks come in a variety of flavours too, like salted egg and kimchi!

Whole Roasted Black Soldier Fly is one of Entoâ€™s latest addition! Small but compact in protein which makes a great addition to your salad, rice and so much more. You can even have it as a snack. It looks like a dark-coloured sunflower seeds so it wonâ€™t look squeamish and it has a nice nutty aftertaste 😁 So what are you waiting for? Try it for yourself! For more information, check us out on www.ento.my #ento#insects #cricketprotein #crickets #cricketsnacks#healthy #sustainablefood #sustainability #foodforthefuture #superfood #eatbugs #eatinsects #sustainable #malaysia #kickstarterproject #entomology #entomophagy #yummy #food#yummyfood

They also have roasted crickets where you can eat it without any flavouring where it is said to have nutty and earthy notes to them. They also sell protein powers made out crickets as well.

From Africa, Australia to Asia, people have been eating insects since the dawn of mankind and it is estimated that insect-eating is practised regularly by at least 2 billion people worldwide.

It is regarded as a healthier food source compared to mainstream meats such as chicken, pork, beef and even fish.

Many insects are rich in protein and good fats and high in calcium, iron and zinc.

They also produce fewer ammonia emissions compared to conventional livestock, such as pigs, cows and chicken.

How did people react to the insect snack? Quite well actually, their October orders for cricket products have SOLD OUT.

@ento_my roasted crickets are a hit with the kids this Raya! pic.twitter.com/a3QzojEkfh

Even though it is bizzare to think that you would be eating insects but with food shortages that might happen in the future, it wouldn’t be impossible that crickets be a staple on the dinner table.

Have You Tried These Sunnah Superfoods For An Energizing Ramadan?