A vote for Khairy Jamaluddin is a vote for a future Malaysia. 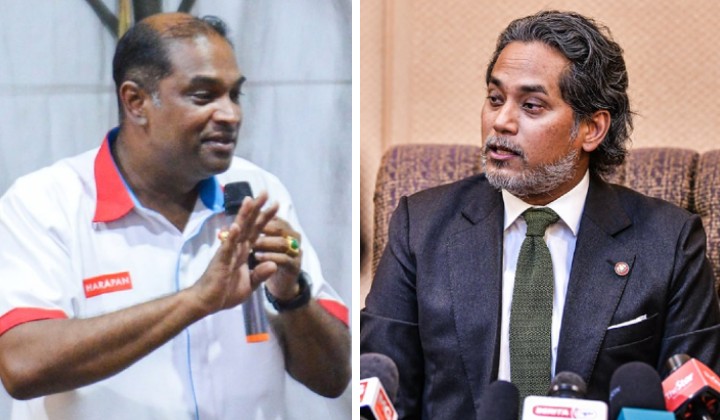 A hallmark of a great leader is a yearning — a genuine, fiery resolve in their eyes that aspires to bestow a better life for their people.

Malaysia is at a fork in its path. Do we choose young, fresh leaders with little-to-no experience? Or consider experienced leaders with outdated ideals?

What if we could get the best of both worlds?

The voters of Sungai Buloh have a unique opportunity to vote for one of those youthful yet experienced great leaders in Khairy Jamaluddin, known amongst Malaysians as KJ.

He is an authentic Malaysian that unites his fellow citizens from different walks of life – regardless of race, political opinion, or socioeconomic status.

He spearheaded our Covid-19 vaccination program to achieve one of the highest immunisation rates in ASEAN.

KJ is a proponent of integrating data and science into informed policy decisions.

He is one of the most progressive and pragmatic health ministers to enter the cabinet.

KJ has carved space for mental health on the agenda, mandated healthier work conditions for our doctors, and initiated studies into allowing the usage of medicinal cannabis locally.

Furthermore, his position as a vice-chair in the World Health Organisation’s Executive Board has allowed Malaysia’s voice to be heard worldwide.

Unlike many leaders, KJ is in sync with the people on the ground — their issues and concerns included.

KJ has the intellectual calibre required to serve a wide demographic.

To add, he understands mental diversity.

KJ can empathise with those who are neurodiverse and those fighting mental illness.

He is a bastion of hope for marginalised members of society.

KJ has the future potential to be a sophisticated, dignified, and charismatic Prime Minister.

We urge the Sungai Buloh electorate to vote for a leader who is the best of both worlds.

A vote for Khairy Jamaluddin is a vote for a future Malaysia.

Dr Abdul Razak Ahmad (left) is the Founding Director of Bait Al Amanah and has previously served as a Special Advisor to the Chief Minister of Johor and the Minister of Higher Education. Karisma Putera Abd Rahman is a Research & Advocacy Analyst at Bait Al Amanah. His research interests include public policy, racial politics, and neo-federalism.