Malaysia was a strident advocate for the plight of the Bosniaks in the Bosnian War. 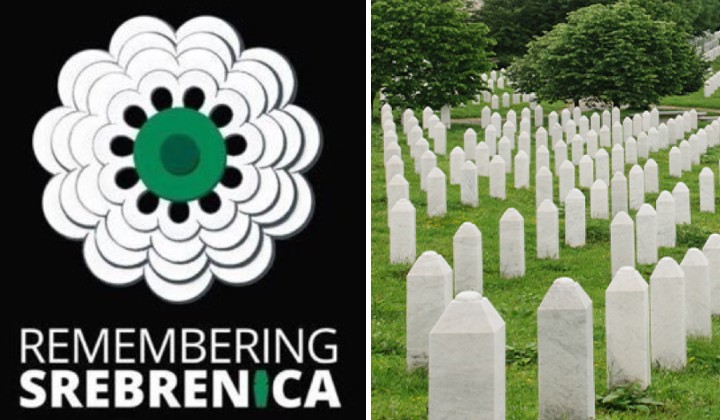 On the 11th of July 2022, Bosnia-Herzegovina bid farewell to 50 more identified victims on the 27th anniversary of the Srebrenica genocide.

This brings the number of genocide victims laid to rest in the memorial cemetery to 6,721.

As Bosnians gather to mark the 27th anniversary of Europe’s only incident of genocide since the end of World War II, the world must not forget what happened in Srebrenica.

To put the blame only on Europe for their failure to prevent the massacre is not enough. For the victims, the entire world failed.

We were partly responsible for not being able to prevent and stop the brutal execution of the more than 8,000 Bosnian Muslim men and boys by the Bosnian Serbs.

Ethnic cleansing was the Serbian war strategy first used in 1991 in eastern Croatia when the Serb forces aimed to rid Croatian regions of non-Serb residents by targeting Croats.

The strategy was then used against the Bosnian Muslims after they became the main target following the independence of Bosnia and Herzegovina in April 1992 in the aftermath of an independence referendum following the breakup of former Yugoslavia.

The Bosnian Serbs set out to ethnically cleanse the region of Bosnian Muslims.

27 years after the Srebrenica massacre, the world continues to witness the usage of ethnic cleansing by other autocratic regimes.

The Rohingya have been described as the “most persecuted” and “least wanted” people on earth.

As stateless persons not recognised as citizens by the Burmese government, the Rohingya have been systematically oppressed, inhumanely treated, and ethnically cleansed since the 1970s.

Zeid Ra’ad Al Hussein, the former UN Human Rights High Commissioner, described the plight of the Rohingya as “a textbook example of ethnic cleansing” in his testimony before the UN Human Rights Council in Geneva in 2017.

In July 2021, the US State Department declared that the Chinese government is committing genocide, ethnic cleansing, and crimes against humanity through its widespread repression of the Uyghurs and other Turkic Muslim ethnic minorities in Xinjiang.

China used internment camps and forced sterilization as part of its strategy to destroy the ethnic Uyghur identity.

“The lack of action by the UNHRC, the General Assembly, and the UN Security Council have enabled the fascist Chinese government to carry out genocide against Uyghurs, Kazakhs, Kyrgyz and other Turkic peoples with impunity for the past eight years.”https://t.co/uMgRVlUODI

On the 9th of June 2022, the European Parliament adopted a resolution declaring that China’s treatment of primarily Muslim, Turkic-speaking indigenous ethnic groups, such as Uyghurs, Kazakhs, and others in the northwestern region of Xinjiang, amounts to “crimes against humanity” and holds a “serious risk of genocide.”

The resolution states that the Uyghur community in China “has been systematically oppressed by brutal measures, including mass deportation, political indoctrination, family separation, restrictions on religious freedom, cultural destruction, and the extensive use of surveillance.”

It also says, “credible evidence about birth-prevention measures and the separation of Uyghur children from their families amount to crimes against humanity and represent a serious risk of genocide.”

So far, the world — especially Muslim countries — has been slow to react to the two clear-cut cases of ethnic cleansing on a massive and unprecedented scale.

From Bosnian Muslims to the Rohingya and Uyghur Muslims, the pieces of evidence of ethnic cleansing, inhuman treatment, and genocides targeting Muslims, ethnic minorities, and people of colour have existed — documenting and presenting it most tellingly and credibly.

Unfortunately, we have done little to prevent further transgressions.

As we remember the Srebrenica massacre, the plight of other persecuted minority groups should serve as a call for action and moral leadership.

Whatever term we want to deploy, whether it be ethnic cleansing or genocide, it often has the same result — a monumental crime against humanity and destruction of human life.

The world has witnessed enough senseless violence and tragedy against the human race.

We cannot repeat the same mistakes of indifference and neglect as in Srebrenica.

As a UN Human Rights Council (UNHRC) member, Malaysia should use its membership to remind the world that ethnic cleansing is a constant global concern.

“#Malaysia sits on the UN Human Rights Council now for the third time and must understand and value [of the right to freedom of assembly] or we will lose our moral authority to remain on the Human Rights Council,” says @Ambiga_S. So true. https://t.co/Rt4y1Ksbk6

In 2005, during a UN World Summit, every country signed a commitment called the Responsibility to Protect (R2P).

This doctrine obliges states to protect all populations from genocide and ethnic cleansing and to intervene before any harm is committed.

Every country — through the UN — should use the appropriate diplomatic, humanitarian, and peaceful avenues to pursue such commitments.

Reflecting on the treatment of the Rohingya, the Uyghur, and other ethnic minorities, Malaysia should use the influence vested in its seat at the UNHRC to remind others that the R2P has failed.

It is now more important than ever to highlight the human rights violation, especially when considering a world power such as China actively bidding for global leadership — despite its rampant ethnic cleansing.

Dr Abdul Razak Ahmad is the Founding Director of Bait Al Amanah. All opinions here are the author’s own and do not necessarily reflect the stand of TRP. For more information regarding Bait Al Amanah, you can visit the Bait Al Amanah website.