Migration may be a way to escape some problems, and then be faced with a bunch of new ones. 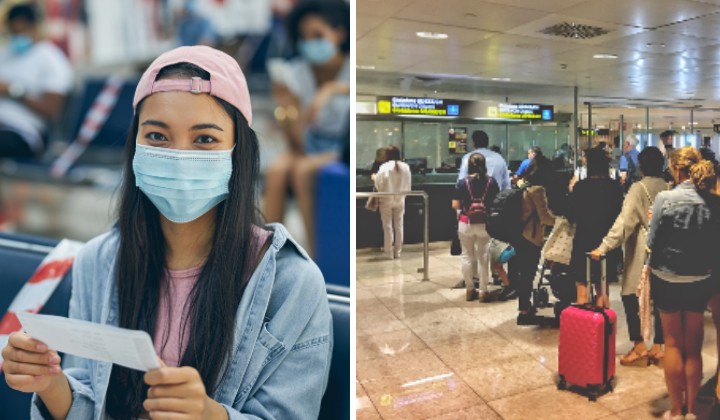 Migration to other countries has been quite popular in the past, primarily for reasons such as study, employment and even following a spouse to their country of origin.

There’s plenty of success stories where people appear to have achieved better quality of life and perhaps even happiness, after packing up and leaving.

With the current state of the nation, political and economical turbulence, protests in the streets, dissatisfaction with the government and the grip of the pandemic, there is a lot of talk about wanting to migrate, for these specific reasons.

There’s more to it than just packing a bag though, especially if your reasons are for better scenery or for hopes of a nicer neighbourhood.

What to consider before migrating

Obviously this would be the first. It’s important to note that cost of living varies from country to country, and it’s especially high in countries in Europe, since that’s where most see as the ideal destination.

Our currency doesn’t convert too well into British Pounds or Euros, so currency conversion is likely to make you cry. It is likely that we would have difficulty landing a job there unless our qualifications are sparkly and shiny.

Thus, the only cash flow accessible would be savings we would be bringing from home. Yes, withdrawal of EPF is allowed (with proof that you have gained residency and citizenship in another country), but odds are that money is not going to last long, especially if you’re in your mid-20’s to 30’s.

That hard limit on cash will only be further tightened by the cost of renting a house, or even a flat. London, the common favourite, has studio apartments that rent upwards of GBP2,000 per month. That is a basic, no mints on your pillow, tiny apartment. I’ll let you work that math out.

I’ll admit, there are cheaper areas and options available, but even Brits themselves find GBP 2,000 (after tax and insurance) to be the threshold for a simple lifestyle.

As modern and “woke” as we think we are, chances are moving to a place like London will still be a huge shock, culturally. Yes you can find nasi lemak there, but it’s going to cost you your whole wallet.

Let’s put aside the difference in food, ’cause if you’re hungry, you’ll eat anything anyway.

In Malaysia, you are used to living side-by-side with, and interacting mostly with your fellow Malaysians, regardless of race. As cliche as it may sound, being a true local does carry some weight. It grants us comfort, safety and confidence.

Those three are not something you’re likely to get within the first several months in a foreign country, regardless of how much of your savings you’ve burnt.

Crime in the area is another item to consider, as being a foreigner, it’s likely you would be a more attractive target for thugs and thieves. While here you could take a 9pm stroll to your favourite mamak, that might not be the brightest idea in a foreign country.

“But the political turmoil and mismanagement by the government is intolerable,” you may say. While most think that way, it’s sufficient to quote the age old saying, “the grass is always greener on the other side.” There’s a lot of people who are unhappy in their homeland. Humans complain, that’s just what we do.

A quick look through local papers in the US for example, will show you exactly that, but change peaceful protests to riots, domestic complacency to international competition, not to mention the ever potent racism and discrimination in certain areas.

Behind every fault that we might find in our beloved country, there is 10 times more to be grateful for. Family, friends, our neighbours, and the mamak who remembers our order because we spend most of our lives there and the comfort of really knowing your surroundings.

At the end of the day, if you have ‘thick skin’, a loaded bank account, and a highly demanded skill set, then by all means, you’d probably do well anywhere. But remember, not everyone is cut out for it.