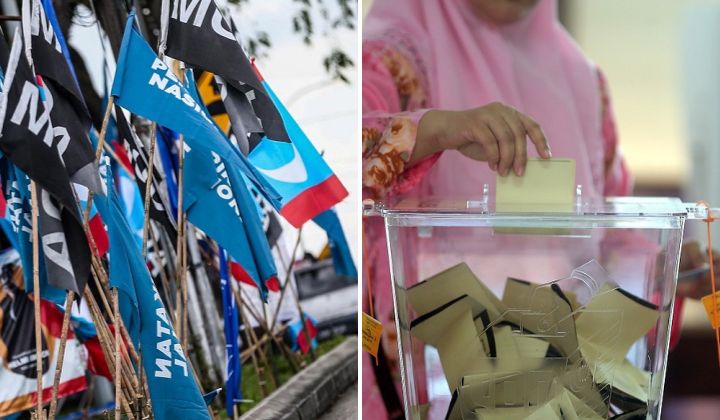 The 15th General Election (GE15) saw many surprises once the results began rolling in.

Over in Pahang, the BN stronghold which survived the tsunami of the last general election (GE14) to remain in BN where the coalition formed a state government after securing 25 out of 42 seats, saw the coalition winning only 16 seats.

There are 41 seats for now as the Tioman election was postponed to 7 December due to the death of a candidate.

PN is leading with 17 seats while PH won eight. As it stands, there is no coalition that can form a state government on its own in Pahang.

It is the same in Perak where BN only managed to lock down nine seats in the 59-seat state assembly.

PN is also leading in Perak with 26 seats but is unable to reach a simple majority as PH has 24 seats.

While PN has been declared the clear winner in Perlis, there is yet to be an announcement on who will form the state governments of Perak and Pahang.