UM is still the top among Malaysian universities in the world ranking. 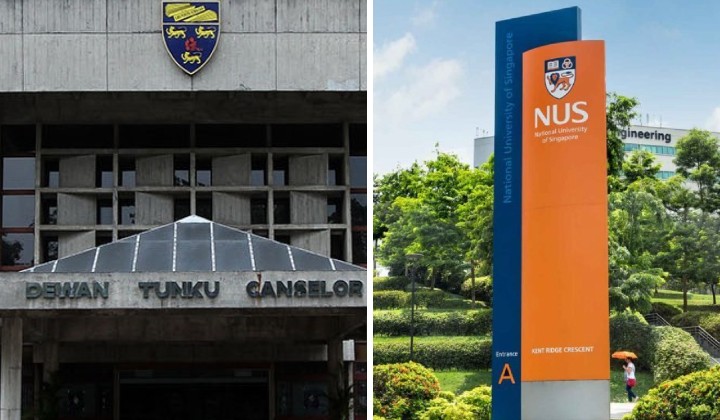 The simple answer is yes.

In this case, Universiti Malaya (UM) graduates ought to remain the most employable in the country.

UM also saw a decline in the 19th edition of the QS World University Ranking 2023, an annual publication of university rankings by Quacquarelli Symonds.

22 Malaysian universities made the list, compared with 18 last year.

UM is followed by the Universiti Petronas (UTP) and Universiti Utara Malaysia (UUM), ranked 401 to 500.

Universiti Teknologi MARA, a higher learning institution for Malays and Bumiputera, is in the 1501+ category alongside Universiti Malaysia Sabah.

1,799 universities from 104 countries and regions entered the rankings this year, 137 more than last year.

Oxford Dominates For 7 Years In A Row

The University of Oxford in the United Kingdom (UK) has topped the list for seven consecutive years.

Oxford is followed by Harvard in the United States (US), while the University of Cambridge in the UK and Stanford University in the US tied for third.

Among ASEAN countries, the National University of Singapore (NUS) rose to 19th, while Nanyang Technological University also rose to 36th.

The data clearly shows that Singapore is a preeminent and growing higher education powerhouse, a beacon among the South East Asian countries and a solid and well-connected international hub.

LATEST: NUS is ranked World’s 19th, and amongst Asia’s best! This is the first time a Singaporean university has made it to top 20 in the @TimesHigherEd World University Rankings. More at https://t.co/ZBVVsnXLVy. #ShapeTheFuture #NUSImpact #NUSGlobal pic.twitter.com/BQfsbO3Uzc

THE measures universities’ performance based on 13 indicators grouped into five pillars.

Research, citations and teaching are each weighted at 30%.

Since its first edition in 2010, the Times Higher Education World University Rankings (THE) have been one of the most reliable university rankings in the world.

THE is an excellent resource for international students who seek to study abroad at world-class universities.

In the former, different sets of indicators, with different weightings, are used for evaluating all the universities worldwide.