Extra funds raised will go towards film merchandise that will be distributed for free. 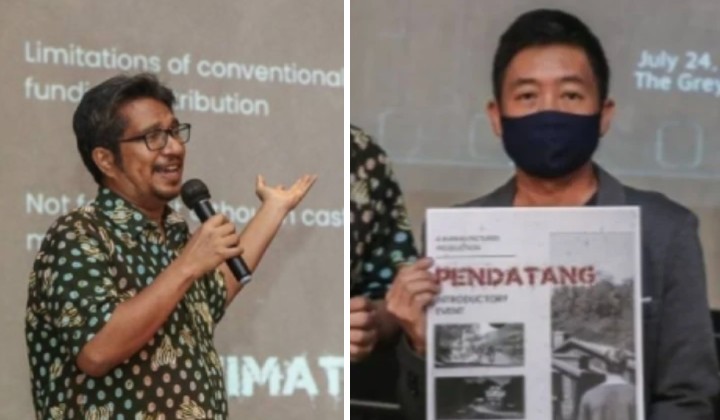 A local filmmaker had raised RM335,981 through a campaign on the crowdfunding platform Indiegogo.

Kuman Pictures will use the money to make its new horror film ‘Pendatang’ (immigrant).

It reached the crowdfunding target two days before the campaign ended.

The news was a pleasant surprise as the crowdfunding amount was less than half the amount needed at 49% just last week.

It’s been a long time coming as the campaign started on Aug 8.

He was quoted by Malay Mail as saying that the sudden surge could be due to Malaysians usually doing things at the eleventh hour.

We’re surprised to raise more than we asked for, but also very grateful for it

In the campaign, supporters can contribute between RM10 to RM10,000, with each level offering different rewards.

‘Pendatang’ is a dystopian thriller set in an imaginary Malaysian setting.

Every race is forbidden to mix with other races following the enactment of a law after the riots.

Conflict arises when a Chinese family finds a Malay girl in a Chinese area. This family could be imprisoned for 25 years if the authorities found out.

The film will be directed by Ng Ken Kin, who won the Best Short Film award at the Malaysian Film Festival in 2011.

Kuman Pictures said ‘Pendatang’ is not made for commercial profit.

Instead, the movie is touted as a Malaysian story by Malaysians for Malaysians and audiences worldwide.

‘Pendatang’ is expected to be released in August 2023.

‘Pendatang asing’, ‘orang pendatang’, or ‘pendatang’ is a common Malay phrase used to refer to foreigners or immigrants.

The word had been used mainly in a derogatory manner to label fellow Malaysian citizens of a separate ethnic group.

When they play, they don’t play for the Cina nor do they single out the Cina when they thank their supporters.

Once the euphoria is over, can we NOT go back to the pendatang rhetoric? We are all born here dude pic.twitter.com/9nt41hLCvW

In 2015, then Prime Minister Datuk Seri Najib Razak said that Malaysians should not call the different races in Malaysia ‘pendatang’.

Citing the Chinese as an example, Najib praised them as loyal citizens of Malaysia.

He said the Chinese have every right to be Malaysians as they have been here for four or five generations.

Besides the “pendatang” label, there have been occasions when public figures and people in authority sputtered other racial profiling.

In 2008, a Penang Umno leader said, “Chinese were immigrants squatting in this country”, triggering an outcry among right-minded Malaysians.

You all are very angry cause that lady called the Lalamove uncle ‘cina tua bodoh’ ?

I hope the same anger be extended to all the vile racist shit we see everyday on this bird app.

To this day, ‘pendatang’ remains a word that causes harm.

Critics said the term not only prevents Malaysians from being truly united but is dividing the nation.

“Mahathir expressed regret that some people had brought up ideas like “Sarawak for Sarawakians” and “Sabah for Sabahans”, and said they need to think of themselves as Malaysians first.”